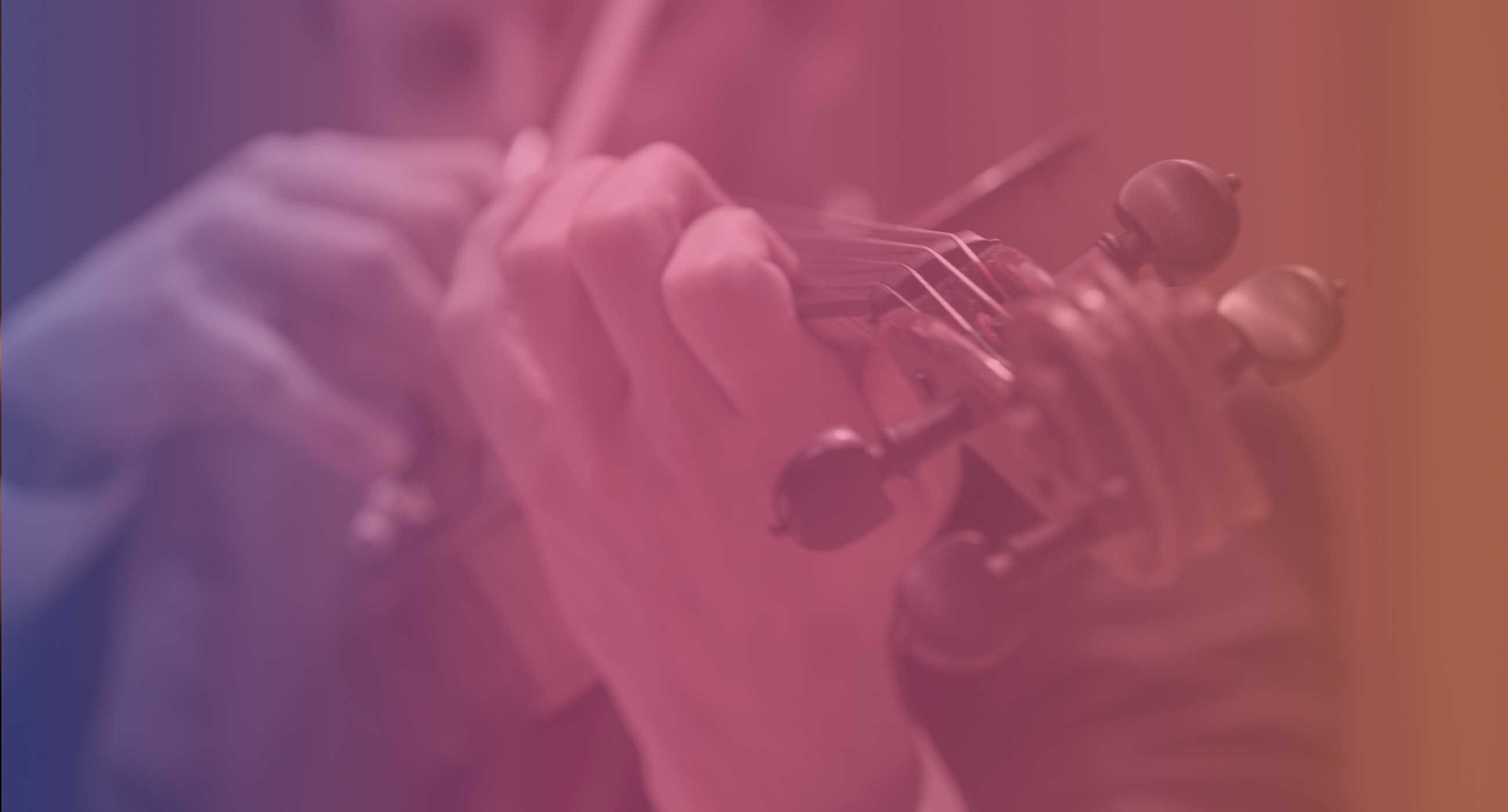 This December, the Primrose International Viola Competition returns to Colburn for a week of exceptional international competition.

The Colburn School and the American Viola Society are proud to co-present the Primrose International Viola Competition, one of the most renowned string instrument competitions in the world. For over 40 years, the Competition has featured the world’s best and most promising young violists and attracted distinguished jurors from around the world.

The Competition has launched the careers of some of today’s most successful violists, including past first prize-winners Geraldine Walther, Interim Director of Chamber Music for the Colburn Conservatory and Nokuthula Ngwenyama (Community School ’93), 2021-22 Amplify Artist.

This December, the Primrose International Viola Competition returns to Colburn for a week of exceptional international competition, exquisite music, and an exhilarating conclusion when finalists perform with the Colburn Orchestra in Zipper Hall, led by Salonen Conducting Fellow Kyle Dickson. All rounds will be open to the public, and tickets go on sale later this fall. The American Viola Society will also present a mini-festival during the Competition.

Between 1987 and 2008, eleven iterations of the competition were held with the title of the “Primrose Memorial Scholarship Competition.” In 2009 the AVS revived the original name.

Since its inception, the core mission has been to provide a competition dedicated solely to the viola, its performers and its literature, thereby helping advance all three. The PIVC was the first international competition specifically for the viola; the Lionel Tertis Viola Competition was founded in 1980, followed by others such as the Maurice Vieux and Tokyo Viola Competitions. Numerous compositions have been commissioned for the PIVC, including works by Wayne Bohrnstedt, Richard Lane, Scott Slapin, Peter Askim, and Christian Colberg.

Hillary Herndon is indebted to Dr. Dwight Pounds and Dr. David Dalton for generously sharing the historical background on the Primrose Competition found in her responses.

Sel Kardan: The Primrose Competition is one of only a handful of international viola competitions and the most important regular viola competition in North America. From the beginning of the competition, it has attracted violists from around the world aspiring to multifaceted careers as soloists, chamber musicians, orchestral players, and pedagogues. Prize winners of the Primrose have gone on to highly distinguished professional lives.

This is the third time the Colburn School has hosted the competition, presenting it in partnership with the American Viola Society. The permanence of location and positive working relationship with the AVS, along with the appointment of experienced and renowned jury members and significantly more robust prizes, have continued to elevate the Primrose in the international competition arena.

How does William Primrose continue to inspire young string players even today?
Sel Kardan: William Primrose almost single-handedly established the viola as a solo instrument, inspiring numerous composers to explore the instrument’s rich sonority and wide range. His extraordinary virtuosity and impeccable technique brought the viola into the spotlight and made evident that the viola and viola repertoire were worthy of the public’s attention. Primrose made numerous recordings as a soloist and chamber musician and collaborated with the greatest artists of his day, including Jascha Heifetz and Gregor Piatigorsky. His brilliant transcriptions became standards of the viola literature, and his teaching legacy was significant. Almost 40 years since his passing, Primrose remains an icon of the viola world and his playing an inspiration to all who play the instrument.

How important do you feel competitions are for launching a young musician’s performance career?
Barry Shiffman: Creating awareness around a young person’s artistry is a constant challenge. With the explosion of promotion and awareness via social media and other modern outlets, one would think it is easier now than in the past to get recognized. My experience suggests that while gaining awareness is indeed possible with new avenues such as social media, the huge proliferation of content, including a great deal that is not at a high artistic standard, creates challenges. Competitions recognize and celebrate excellence with the expertise of a knowledgeable and experienced jury, and that recognition can be a very important asset for an early career. Occasionally we see a new career launched with great speed, but more commonly careers are built incrementally, with a long series of successes that build the reputation. A win at a major competition like the Primrose is a very efficient way to move your career forward several paces. Doors are opened and opportunities are presented, and then it is up to the young artist to earn the return engagements.

There are many competitions today and many 1st, 2nd, and 3rd prize winners, what do you feel are the differentiating elements that propel some young musicians to a successful and sustainable performance career?
Barry Shiffman: Sustainable careers require a great number of things. Of course, a given is the consistency of compelling performances, but there is so much more that is needed. Understanding the role of the presenter and developing skills that allow you to work with the presenter to inspire their followers. I remember early on in my own career with the young St. Lawrence Quartet and having the opportunity to tour with the legendary Tokyo Quartet. The concert day required an early morning 8:00 am flight, a 3-hour rehearsal at the venue, a concert that was broadcast live on radio, and a post concert dinner reception. At 11:00PM after this long day, while packing up our belongings from the dressing room, a member of the Tokyo Quartet looked at my quartet and said, “only after the last guest has left is your work done”. The generosity and concern they brought to their music making on stage was a part of all their interactions and that lead to lifelong relationships with organizations around the globe.

What are you most looking forward to at this year’s competition?
Sel Kardan: This year’s edition of the Primrose will be celebratory in that it will bring some of the most gifted violists to Los Angeles from around the world – many traveling and seeing each other for the first time in over a year and a half. I’m looking forward to hearing the viola in Zipper Hall and to experiencing some of the new and diverse repertoire that I know competitors will choose to perform. I am also excited that the Colburn Orchestra will perform for the final concerto round with one of our gifted Salonen Conducting Fellows on the podium. I’m also very pleased to be welcoming a very distinguished jury of internationally acclaimed artists to participate in the competition and related events. All in all, it will be a wonderful conclusion to the fall semester.

Condensed from an interview originally posted on The Violin Channel.