Next Up: The Life and Music of Ernst Toch 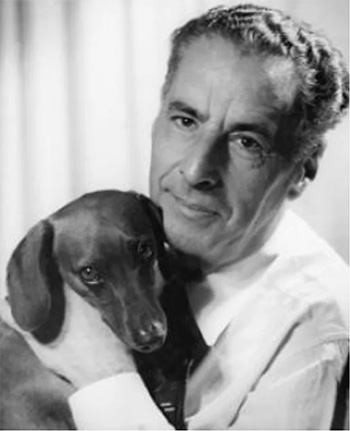 Across his final years, in Southern California, in the early 1960s, Ernst Toch used to characterize himself as “the world’s most forgotten composer,” and even though the joke betrayed a certain wincing validity, it was as nothing compared to the fact of the origins of his musical vocation, seventy five years earlier, in Vienna, Austro-Hungary, which were almost unprecedented in their oddness. Born (1887) into a modest Jewish family a mere generation out of the eastern shtetls, this musical prodigy had to develop his own talents against the family’s express wishes and in complete secrecy (learning to sightread by watching a tenant violinist and to compose by copying out Mozart quartet pocket scores). By age seventeen he had already composed six string quartets, and at age 22 he was able to suspend his medical studies, having been awarded the coveted quadrennial Mozart Prize, which came with a fellowship to a conservatory in Frankfurt, Germany. He enjoyed considerable local success in the years leading up to the First World War (his own work evincing a certain late Brahmsian flavor), but in 1914, a fierce patriot, he returned to Vienna and volunteered as an infantry officer and was thrown into the meatgrinder of the Italian front, barely surviving, and emerging from the experience a changed man, or at any rate a transformed composer.

Returning to Germany, he shot to the forefront of the spiky, propulsive Neue Musik movement, quickly becoming one of its most celebrated proponents, with all manner of compositions receiving performances by the era’s foremost musicians. In addition, he became a regular fixture at the annual experimental music festivals, pioneering an entirely new genre with his spoken chorus creations (including the “Geographical Fugue,” a sort of Weimar precursor to rap). Walter Gieseking performed Toch’s first piano concerto over fifty times, that is until Hitler’s ascension to power, whereupon he promptly dropped it from his repertoire.

As Toch’s musical world shuddered to a stop all around him, he now fled first to Paris, then London, then New York (where he founded the composition department at the University in Exile at the New School) and, at the urging of his new friend and advocate George Gershwin, on to Hollywood, where his modernist idiom was prized for chase scenes and horror effects (and garnered three Academy Award nominations). He also threw himself into teaching—university (USC) and private (Andre Previn, among others)—in a frenzy of distraction, all in an effort to earn money for affidavits to rescue friends and large family left behind. His own creative efforts dried to an agonized trickle, and especially after the horrific revelations on the far side of the war (fully half of his family and countless friends had perished in the Holocaust), he fell into profound despair, culminating in a devastating heart attack in 1948 which almost killed him, after which he gave up extraneous activities and gave himself over exclusively to his own work.

As if making up for lost time, his last fifteen years proved his most prolific. At age fifty Toch threw himself into an entirely new genre, at least for himself, composing seven symphonies, the first three of which (profoundly, wrenchingly autobiographical) were awarded the Pulitzer Prize in 1955. There were as well countless piano suites, string quartets, orchestral works, a Scheherazade opera, another spoken chorus piece—all to no seeming avail, for he had become as if lost to time. Always an independent spirit (leader and follower of no school) who insisted on striking a balance between innovation and tradition, he was now regularly getting dismissed by both the avant garde and hidebound traditionalists. Hence that sense of being so thoroughly forgotten. After he died in Santa Monica, in October 1964, the drafts of yet another string quartet were found by his bedside.

But there has been an upwelling of interest in Toch across more recent years, orchestral performances, museum shows (back in Vienna), the premiere of that last opera, and a veritable surge in CD recordings. Most excitingly, his work seems to be being rediscovered by a new generation, who prize it for the mastery of its craftsmanship and the depth of its inspiration.

For more, see the long-form piece, “My Grandfather’s Last Tale,” included in Weschler’s collection Vermeer in Bosnia, and also, with other pieces about the whole émigré scene in Southern California, in the archive of his website, at www.lawrenceweschler.com.