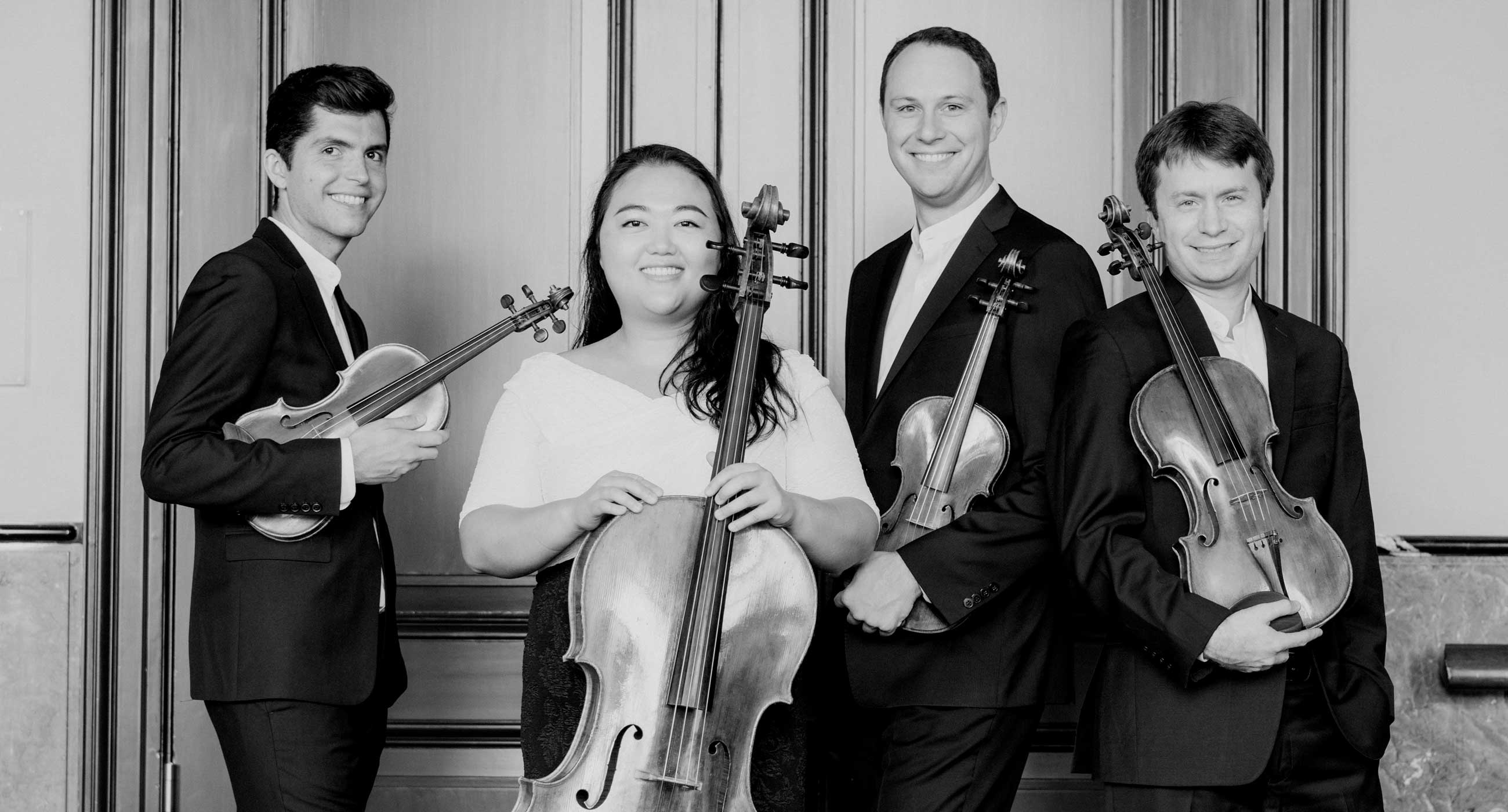 This month, Colburn gets a head start on celebrating Ludwig van Beethoven’s 250th birthday with a weeklong festival that brings guest artists, faculty, and students together to present six days of all things Beethoven. Besides experiencing Beethoven’s complete string quartet cycle, audiences will be able to enjoy more of Beethoven’s celebrated chamber music works, learn from master classes led by alumni group the Calidore String Quartet, and get an inside look at life as a quartet musician.

Beethoven 250 honors retired faculty member Arnold Steinhardt for his contributions to the chamber music world, his dedication to the Beethoven quartets, and his longtime tenure coaching chamber ensembles at Colburn. Mr. Steinhardt, as first violinist of the internationally acclaimed Guarneri String Quartet for over 40 years, helped bring about a uniquely American insurgence of chamber music. The quartet not only performed and recorded chamber works at a time when there weren’t many American string quartets, but also spread the gospel of quartet music by actively teaching at schools and festivals. Colburn is thrilled to have the opportunity to recognize Mr. Steinhardt’s work, especially the 10 years he has coached and mentored students here.

Steinhardt, in collaboration with Scott St. John, Colburn’s Director of Chamber Music, also helped curate the week’s events. Steinhardt’s vision was to build a school-wide festival that would include as much chamber music as possible with broad faculty participation. Students and faculty will perform together during free lunchtime concerts, the quartet cycle concerts, and the finale concert, Beyond the Quartet. Conservatory, Music Academy, and Community School ensembles will come together during master classes and concerts. “Everyone at Colburn should feel immersed in Beethoven during this week,” shared Scott St. John.

Besides concerts, Beethoven 250 will also include lectures and panel discussions. In particular, St. John is looking forward to A Day in the Life: String Quartets, a conversation about what it’s really like to be in a string quartet. Musicians in the Calidore and Viano quartets; Martin Beaver and Clive Greensmith of the Tokyo String Quartet; Arnold Steinhardt; and St. John himself, a former member of the St. Lawrence Quartet, will participate. “It will be amazing to have twelve quartet players on stage from numerous generations,” he expressed.

The week will culminate with Beyond the Quartet, a star-studded performance featuring the Calidore String Quartet, Conservatory students, and faculty members Margaret Batjer, Martin Beaver, Fabio Bidini, Clive Greensmith, Peter Lloyd, and Scott St. John. The concert is followed by a formal plated dinner under the stars, honoring Carol and Warner Henry for their lifelong commitment to chamber music in Los Angeles and beyond, and Arnold Steinhardt for his distinguished career spanning over six decades.

Beethoven’s Große Fuge is the centerpiece of the finale concert, which according to Scott St. John is “probably the most extreme piece that Beethoven wrote.” The Fuge was unconventional for its time, and still confounds audiences with volcanic eruptions and startling calm. “It represents Beethoven at his most unhinged near the end of his life. It’s called the Große Fuge, but in fact it has an operatic scope, with an overture and multiple distinct sections. It is difficult to analyze, and challenging to play, as Beethoven writes an enormous number of repeated forte markings in an obsessive manner,” he described.

At Beyond the Quartet, the colossal work will be performed by twelve violinists, five violists, four cellists, and two double bassists. However, audience members will also have the opportunity to hear the Calidore String Quartet’s interpretation in the piece’s traditional quartet format at Quartet Cycle Concert IV. “I hope that some people will have a chance to hear both versions,” St. John stated. “When you add in more players, it gives it a robustness that I think will bring out a lot of the harmonic weirdness. Both versions will be fascinating to hear.”

St. John also hopes that the festival, the only complete Beethoven cycle in Los Angeles this year, will bring a passionate audience with new energy to campus. Not only are his works enormously popular, but Beethoven as an artist also inspires intense devotion. “Everyone knows about his struggles with going deaf, and his life struggles. I think people respond to that hero artist style that never goes out of fashion,” St. John explained.

Join us for Beethoven 250. Get your tickets to the Quartet Cycle concerts and Beyond the Quartet, or check out the full schedule of events.