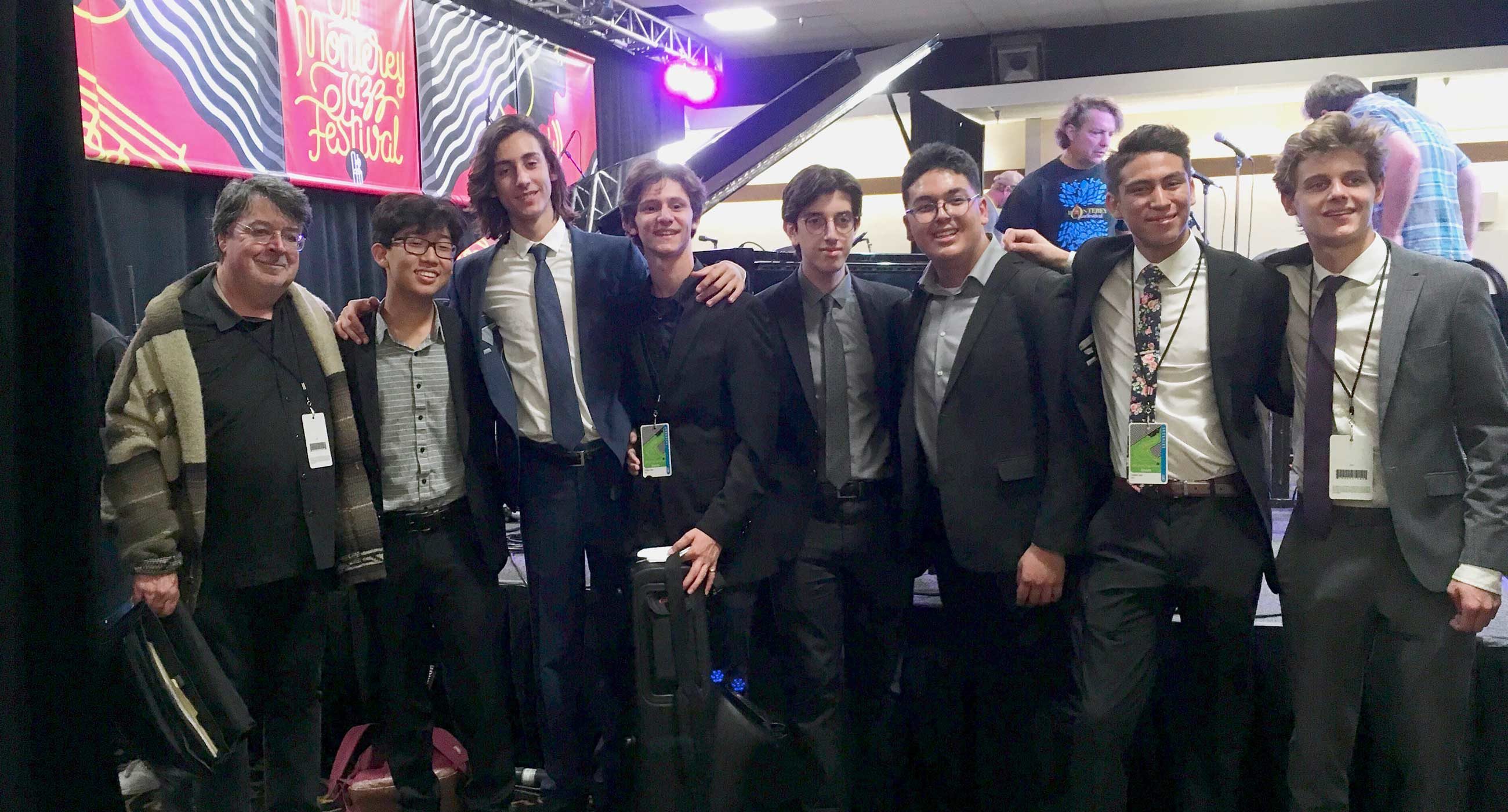 At their debut performance at the Monterey Jazz Festival, the Thursday Night Band performed original compositions from band members in addition to music by jazz masters.

After their division win at the Monterey Next Generation Jazz Festival this past March, the 2017-18 Thursday Night Band was invited back to the stage to perform at the Monterey Jazz Festival this past September. This was the first time that a Colburn band won the opportunity to perform at the prestigious festival, where more than 500 top jazz artists perform on eight stages. They performed five pieces on the Night Club stage for a large and enthusiastic audience, including new music composed for this event by band members Dario Bizio, Jonathan Paik, and Jeremy Stein. The group also played music composed by jazz masters Joe Henderson and Bud Powell.

For our students to be invited to perform at the Monterey Jazz Festival, they must win in their division at the Monterey Next Generation Jazz Festival, one of the best-known and most prominent student jazz competitions. This festival is a highly competitive invitational event, attended by groups from throughout the U.S. Last March, all three Colburn groups, including the Thursday Night Band, Monday Night Band, and Big Band, took prizes home in the competition.

All three bands competing at the Monterey Next Generation Jazz Festival played original music, carrying forth a strong Colburn Jazz Workshop tradition of composing music. “The fact that they reached both events performing original music is noteworthy,” Secard explains.

Beyond this performance, composition will continue to serve our jazz students in their careers. Students contemplating a career as professional musicians must be extremely flexible and versatile in their skills to be able to stand out in a competitive field. Composing experience is very important for our jazz alumni as they progress to the university level, and former students often major in composition as well as performance.

A New Land of Opportunity for Cristina Mateo Sáez 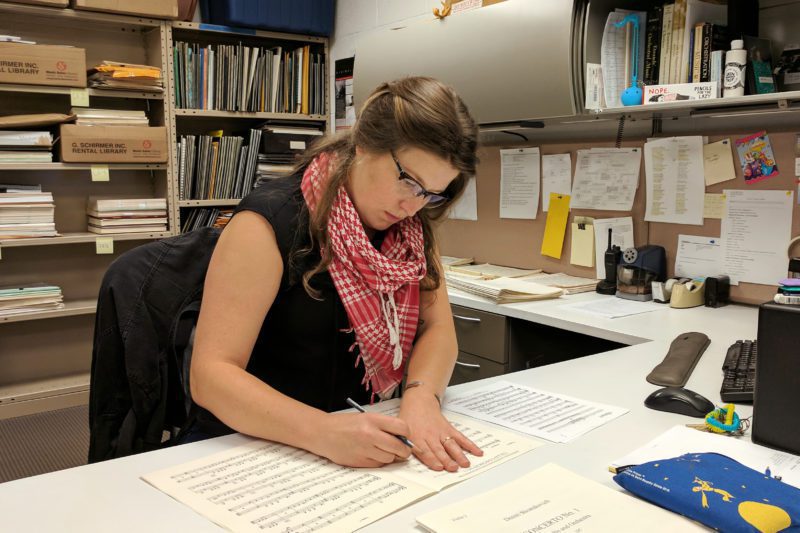