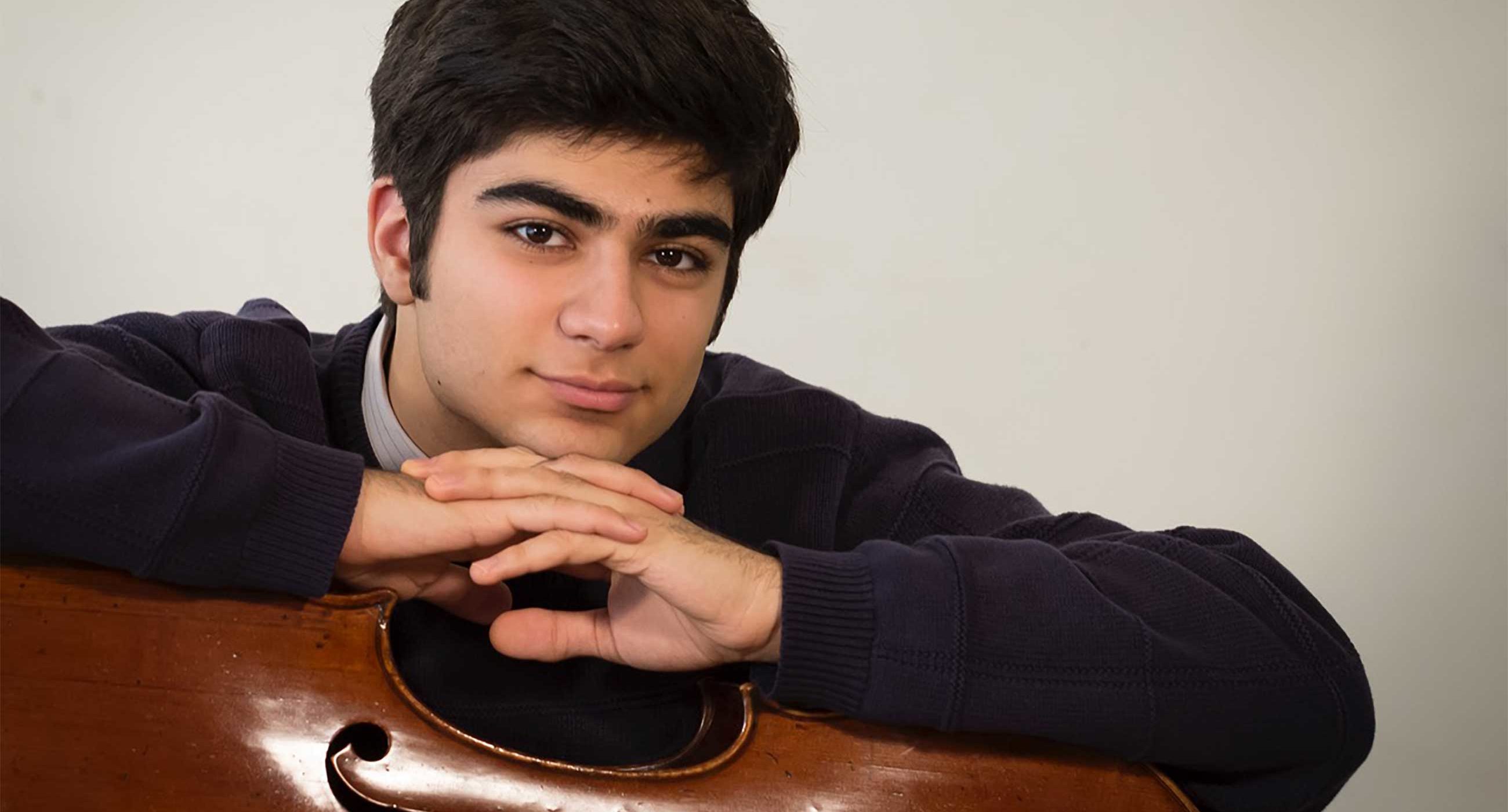 Osheen Manukyan, 18, has been playing cello since he was six years old. He has studied with Dr. Richard Naill at Colburn for eight years. He currently plays with the Colburn Chamber Orchestra, having previously played with the Colburn Youth Orchestra. Next week, he will play with Bing Wang, associate concertmaster of the LA Phil, and Chris O’Riley on From the Top at Walt Disney Concert Hall. Osheen is from Glendale, California.

This interview has been lightly edited for style and content.

How did you get started with music?
I started on the cello. Neither of my parents are musicians and nobody else in my family is a musician, but my parents appreciate classical music. On trips in the car when I was younger, they would always turn the radio to the classical station. While we were listening, they would teach me the names of the different instruments like, ‘Okay, Osheen, this is a violin. This is a harpsichord, and this is a cello.’

For some reason, I really liked the sound of the cello. I don’t know why; maybe I associated that deep sound of the cello with something big. I gravitated towards it for some reason, but I never really expressed my interest in the cello to my parents. One day at my preschool, the principal organized an activity for all the students. She had everyone sit in a circle and share with the rest of the class what they wanted to be when they grew up. Most of the kids gave very normal responses like, ‘I want to be a fireman,’ or ‘I want to be a mailman or a police man,’ totally normal things. But when it was my turn, I stood up and said, ‘I want to be a cello player.’

The principal kind of gave me this strange look and according to my mom, the principal called her and told her, ‘Your son said something really interesting at school today. It’s rather strange; are you guys musicians?’ And she’s like, ‘No, no, we’re not musicians. This is crazy.’ So after that I started taking cello lessons.

How did you find Colburn, and how has your overall experience here been?
I studied with another teacher from age six to nine before I started coming to Colburn. I had a really good relationship with my old teacher, but it was time to move on. My parents also thought the same way. They did some research and they came across Colburn. They heard a lot of good things about it so then, before I knew it, I started taking lessons here. It’s been a very enriching, fun, and educational eight years.

What’s your favorite memory from Colburn?
When I first joined the Colburn Youth Orchestra. It was the first orchestra I’d ever been in, and I remember our first rehearsal when I was just this new kid in the orchestra. I’d never had any experience prior to that and I was just immersed in this beautiful music. I remember feeling really good about that first rehearsal. Also, I had the opportunity to solo last year with the Colburn Chamber Orchestra. That was a really fun concert.

What is your favorite kind of music to play?
This is a pretty easy question to answer for me—definitely baroque music. I love early music, mostly baroque, but also classical era music.

What would you like to do with your music in the future?
Ever since I was little, I’ve always wanted to be a soloist later on in life, and that’s kind of still my ultimate goal. But I’m also very interested in chamber music and small ensembles. I’d love to be in a string quartet in the future and play with other musicians. Chamber music is really different from solo playing because you have to get along with others. In a string quartet, the four people have to be like one unit. You have to have the same exact concept of the piece and you have to match everything. That’s just so fascinating to me. That’s something I’d love to do in the future.

You’re a senior, and you just finished your conservatory auditions. What do you want to achieve in your undergraduate years?
I think the main thing that I want to achieve is playing the cello with as much ease as possible. I want to have total command of the cello so that I can express musical ideas without ever being hindered by the difficulties involved in instrumental playing. My teacher Dr. Naill once told me that “the cello should be a toy in your hands, rather than a beast that you have to conquer.”