Ryan Edge, 14, studies tap and musical theater with Denise Scheerer. He is a Los Angeles native and has been a Colburn Dance student for eight years.

How did you start dancing?
When I was very young, I went to a birthday party, and at that birthday party people were playing a video game called the Michael Jackson Experience. So I got introduced to Michael Jackson through that, and I fell in love with his dance and his music. So, that’s how I got into dance in general.

For tap specifically, I watched a lot of Gene Kelly movies. After falling in love with dance, I started to like tap too.

What about musical theater?
Like the Gene Kelly thing, I watched a lot of movie musicals. At first I didn’t really like singing or acting that much. I was mostly focused on dance until I was put into my middle school play, which was West Side Story, and I had a ton of fun with that. And that’s how I fell in love with musical theater.

How has it been at Colburn?
I love it here at Colburn. I’ve a ton of fun, and I’ve been very happy here. It’s great. I am also very honored to have been awarded a merit scholarship because without that, I wouldn’t be here. I wouldn’t be at Colburn, and I probably wouldn’t be dancing as much.

You take lessons with Denise Scheerer. How is that?
Denise is a really great teacher, and she’s really like a mentor to me. Her way of dance has impacted the way I dance. She made it more fun, and she made me want to do dance as a career when I’m older.

What are some things that you’ve learned from her?
First of all, I learned timing because that’s a big deal in tap. But also, to just be chill about it. Don’t be like so hard, just be calm about it, do it lightly, and make it look good.

How did she inspire you to pursue dance as a career?
At first I was just like, “I’ll just do this for fun.” And then because of Denise’s work, I fell in love with dance even more, and kind of had ding moment like, “Oh. This is what I want to do for a living. This is exactly what I should do.”

What do you do in your tap and musical theater classes?
For tap, I actually have four tap teachers, and each one of them has a different style of tap and a unique way of teaching and of tapping. So through tap, I learn a lot with their techniques, and the way they teach, and it’s a lot of fun.

Musical theater is also a lot of fun. Half of it is dance, and half of it is singing, and then in both of those you learn acting. And the teachers there are also great, and they help you a lot with what you’re learning.

What’s the piece you’ll be performing for this?
It’s an a cappella piece taught by Joseph Wiggan, who’s one of my tap teachers. It’s a lot of movement, and a lot of stretching out because that’s something Joseph really works on, expanding yourself.

What are some challenges specific to doing it without music?
It’s difficult especially with a group of people, because with music you can hear the time or the beat, and so you know what step goes where. But without music, it’s hard to keep in time with everybody else. You have to time it in your head. Sometimes we rush or slow down a lot.

Are you performing this with the ensemble anytime soon?
We did it last year for a performance, and this Thursday we’re doing a community service thing where we go into an elementary school and we tap for kids. So, we’re doing that piece there.

That’s so cool. Why do you guys do that?
I think it’s getting kids to start thinking about what they want to do when they grow up, and tap might be one of them. We’re kind of just like, “Hey. Here’s something you might want to look at, and start trying and see if you like it.”

How do the kids like it?
They love it. Usually the kids try to tap, but they’re like stomping their feet everywhere, or they’re just like amazed like, “Whoa. They can tap. That’s so cool.”

What’s the importance of the arts in your life?
It’s a great way of learning and trying new things. It impacted my life in that it brought me a whole lot more joy. I’ve had so much fun with it, and it’s brought me strength into who I am. And I think that’s what art, or performing arts, does. 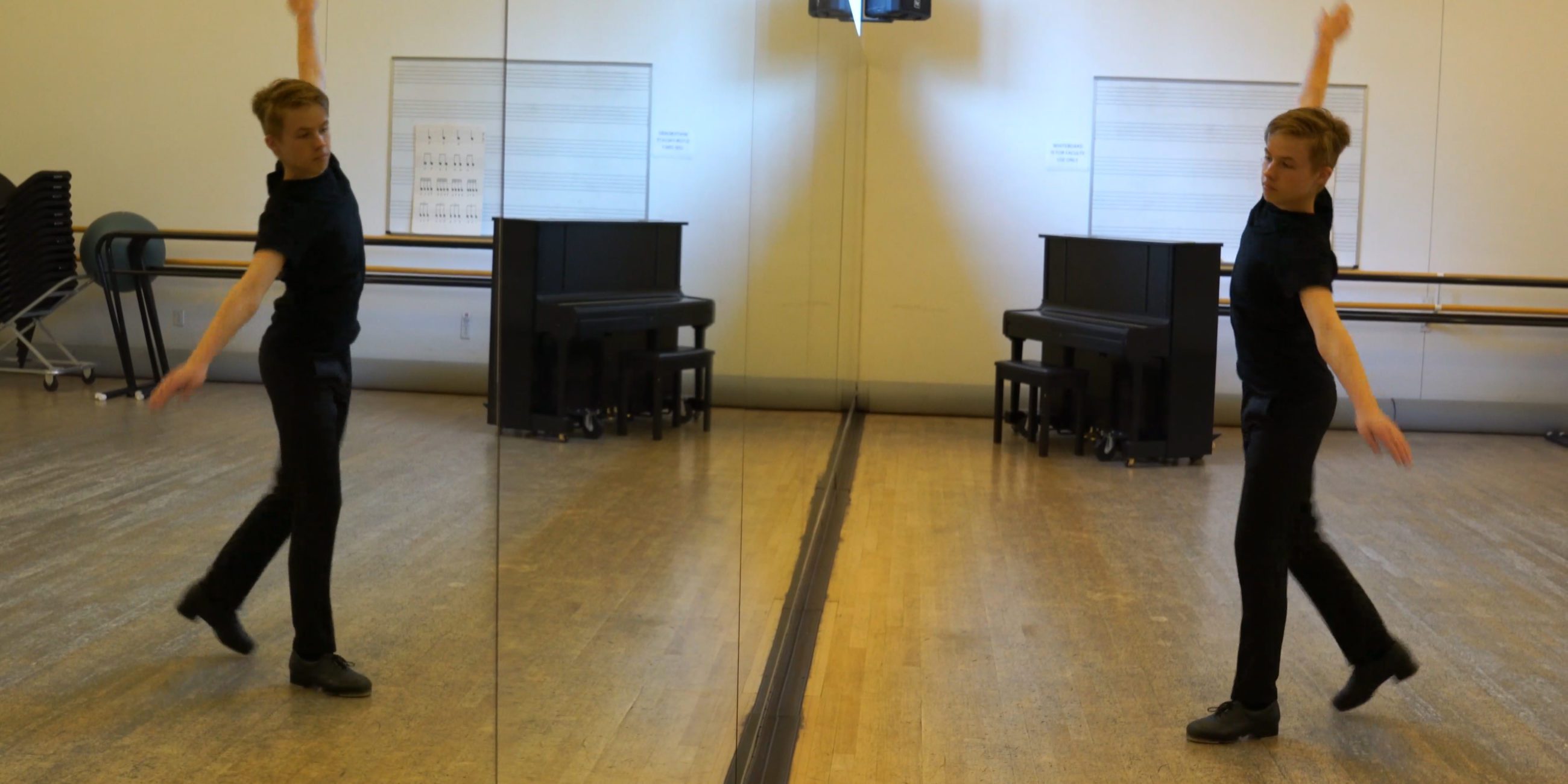