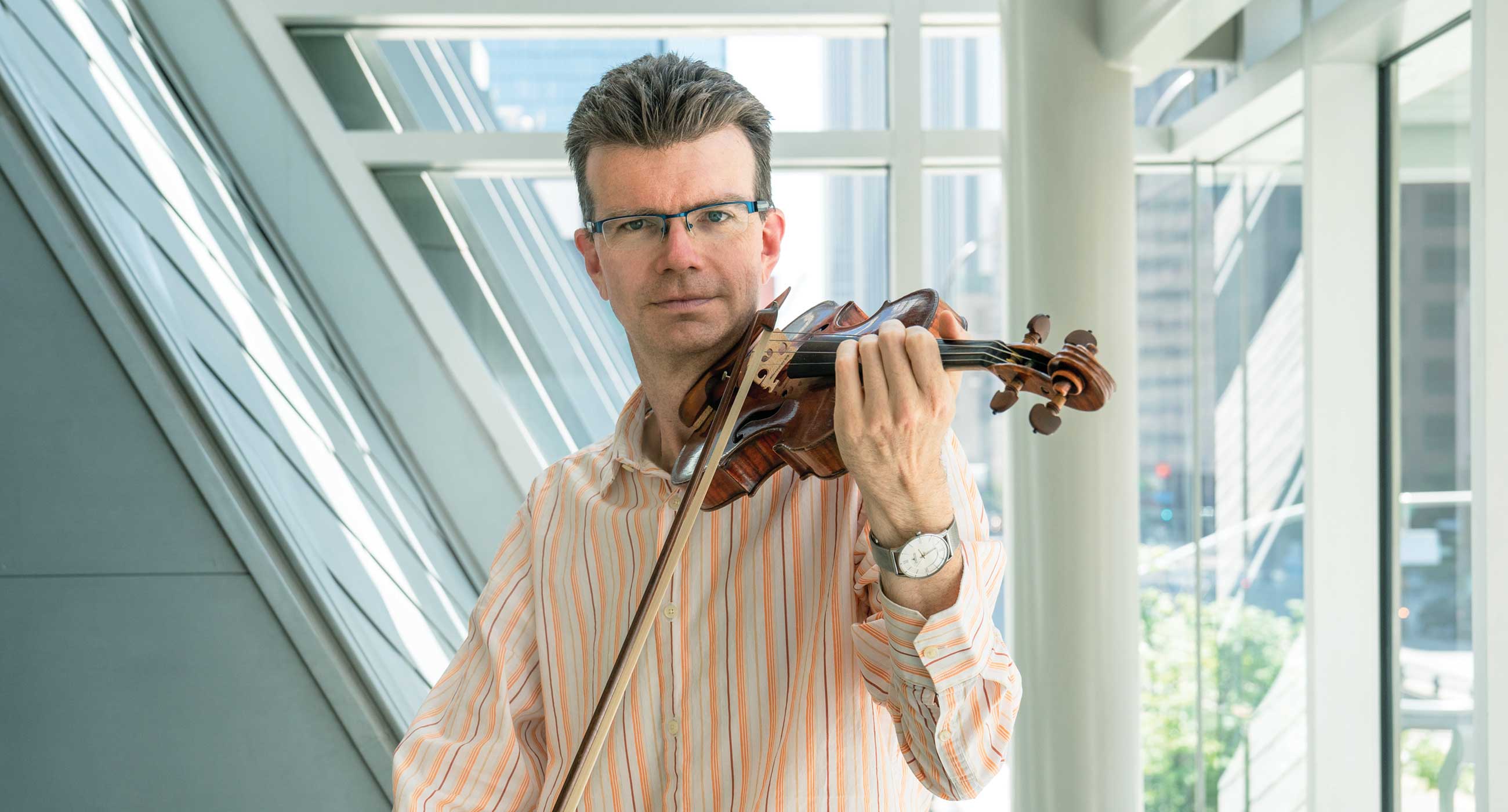 Director of Chamber Music in the Colburn Conservatory of Music and Concertmaster of the ROCO Chamber Orchestra in Houston.

St. John was a member of the esteemed St. Lawrence String Quartet and faculty member at Stanford University for seven years, from 2006–2013. From 1999–2006, St. John was Associate Professor of Violin at University of Toronto, and founded the Felix Galimir Chamber Music Award for university students.

A recent recording of Mozart’s Symphonia Concertante with his sister Lara St. John won a Juno Award in the Best Recording: Solo with Orchestra category. Working with composers has been important throughout St. John’s career; he has worked with John Adams, Charles Wuorinen, and Osvaldo Golijov in the US, and composers in Canada, including Arsenio Giron, Gary Kulesha, and Elizabeth Raum.

St. John began his violin studies at age three with Richard Lawrence in London, Canada. He is a graduate of the Curtis Institute of Music, where he studied violin with David Cerone, Arnold Steinhardt, and chamber music with Felix Galimir.