How the Fulbright Scholar Program Opened Up a World of Opportunity 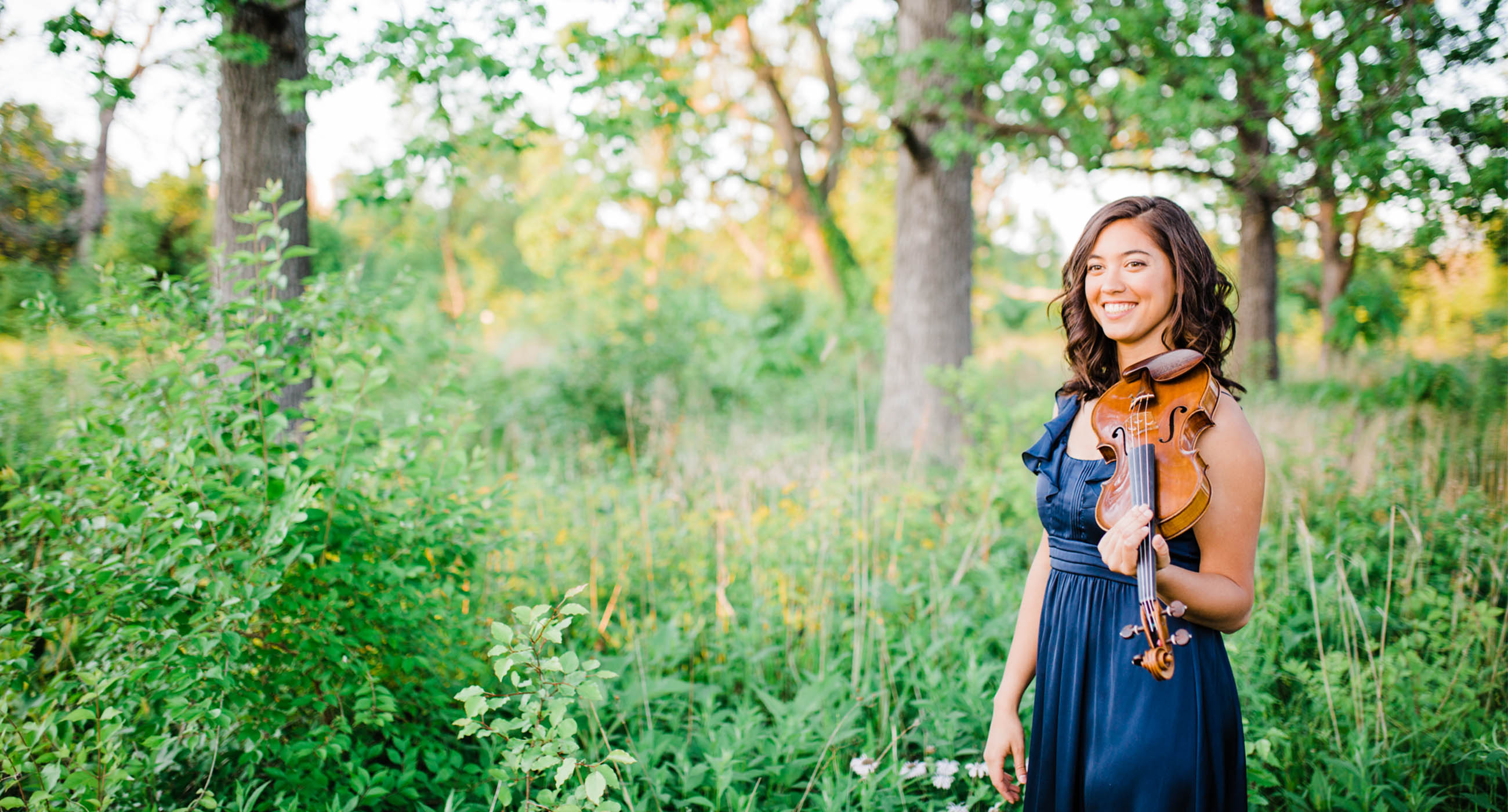 I knew I wanted to study violin in Germany long before I had any idea of how it could become a reality. Having grown up in Gilbert, Arizona, a suburb south of Phoenix, I began playing violin repertoire by Bach, Beethoven, and Brahms without any imagination of the country they came from or the culture surrounding the composers who had written them.

Although Gilbert was almost as far from Germany as could be, I was fortunate to get a glimpse of a European approach to violin playing in high school by studying with Steven Moeckel, concertmaster of the Phoenix Symphony, who had spent years of his life as concertmaster of the Ulm Philharmonic in Germany. He urged me to one day go study violin “across the pond,” to better understand the culture surrounding music in another part of the world, but it wasn’t until after I had gone to college and completed my Bachelor’s Degree and Artist Diploma at the Colburn Conservatory that I returned to his advice.

When I started studying at Colburn, I had never heard of a Fulbright grant. Luckily, the librarian of the school, Debbie Smith, was known for her expertise in helping people through the application process, and the first time I was exposed to the Fulbright grant’s prestige was a few years into my studies when a fellow student in our violin class was successful in getting a grant to study in Amsterdam. That was the first time I realized a potential path towards studying in Europe, although I had yet to discover how intensive it would be to follow.

I began to realize its esteem when I found out that only a handful of people per year actually manage to submit the application on time, and the number of people who win the grant award was even smaller. However, I was about to embark upon my last year of Artist Diploma studies at Colburn with only vague plans as to what would come next when Debbie Smith came up to me after a recital. “You know, I think you would be a good candidate for the Fulbright grant,” she said. I knew I had nothing to lose.

Ms. Smith encouraged me to envision the benefits of studying abroad with financial backing from the Fulbright program as well as explaining how much work the application for the grant was going to be. Not only would I need a letter of recommendation from the teacher in Germany with whom I wanted to study, I also needed about an hour and a half of specific video recordings, a personal statement, and a significant statement of grant purpose to be included with the already daunting eighteen-page application. I started working immediately after leaving her office. Following four months of work, including a trip to Germany for trial lessons, writing alone for hours a day, and meetings with Ms. Smith, I completed and postmarked the application on the exact day it was due.

I found out five months after the application’s postmark date that I had been awarded the Fulbright grant to study in Cologne, Germany. I was ecstatic my hard work had paid off and that I had a plan for the next chapter of my life. I graduated from Colburn a few months later, and the summer following was a blur as I prepared to move countries. The excitement of studying violin in a new country and learning a new language kept me focused while packing up my then current apartment, looking for housing abroad, and sorting through arduous paperwork for a visa application.

Now, writing at my desk in Cologne about a year after moving here, I am so glad I went through the extensive Fulbright application process and somewhat complicated transition to Germany to be able to have had the life-changing experience of living abroad and studying music in a foreign country that I have. Being immersed in this culture has given me insight to German compositions that make up a large part of the classical canon of music I continually work on, while simultaneously helping me realize that my own roots from Gilbert, Arizona have shaped the way I play music from my home country. In coming to Germany, I thought I would only be learning a different way of approaching the violin, but I have, in addition, learned a completely different way of approaching my life.

I wish I could tell you in even greater detail about how a year in this culture has changed the way I think about both music and the world surrounding it, but it would take up a whole other issue of Colburn in Focus. You’ll have to come here to find out for yourself. 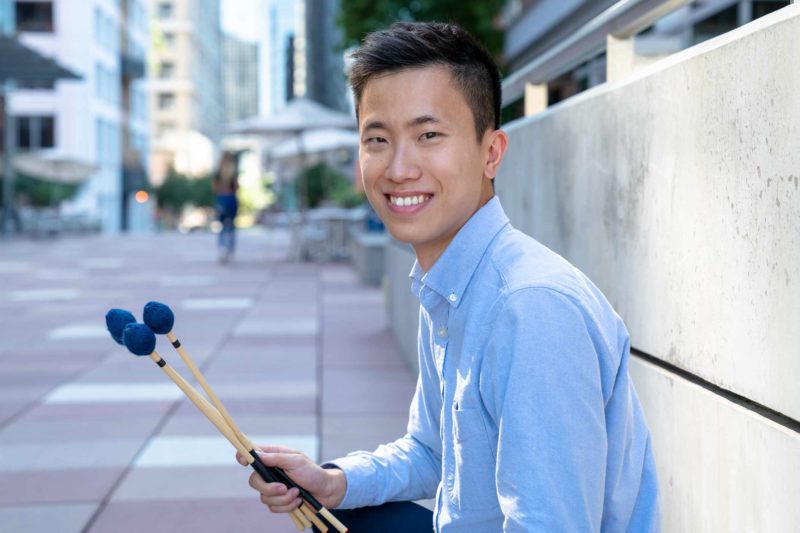 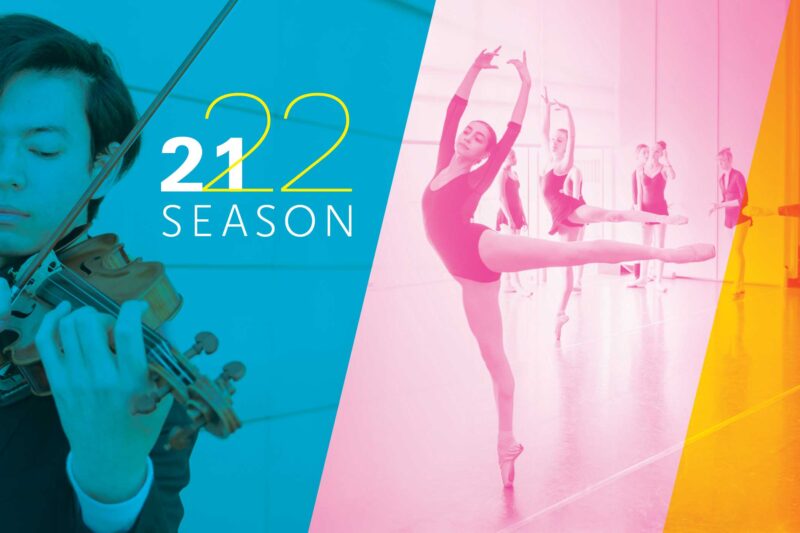 Performances Are Back for the 2021–22 Season