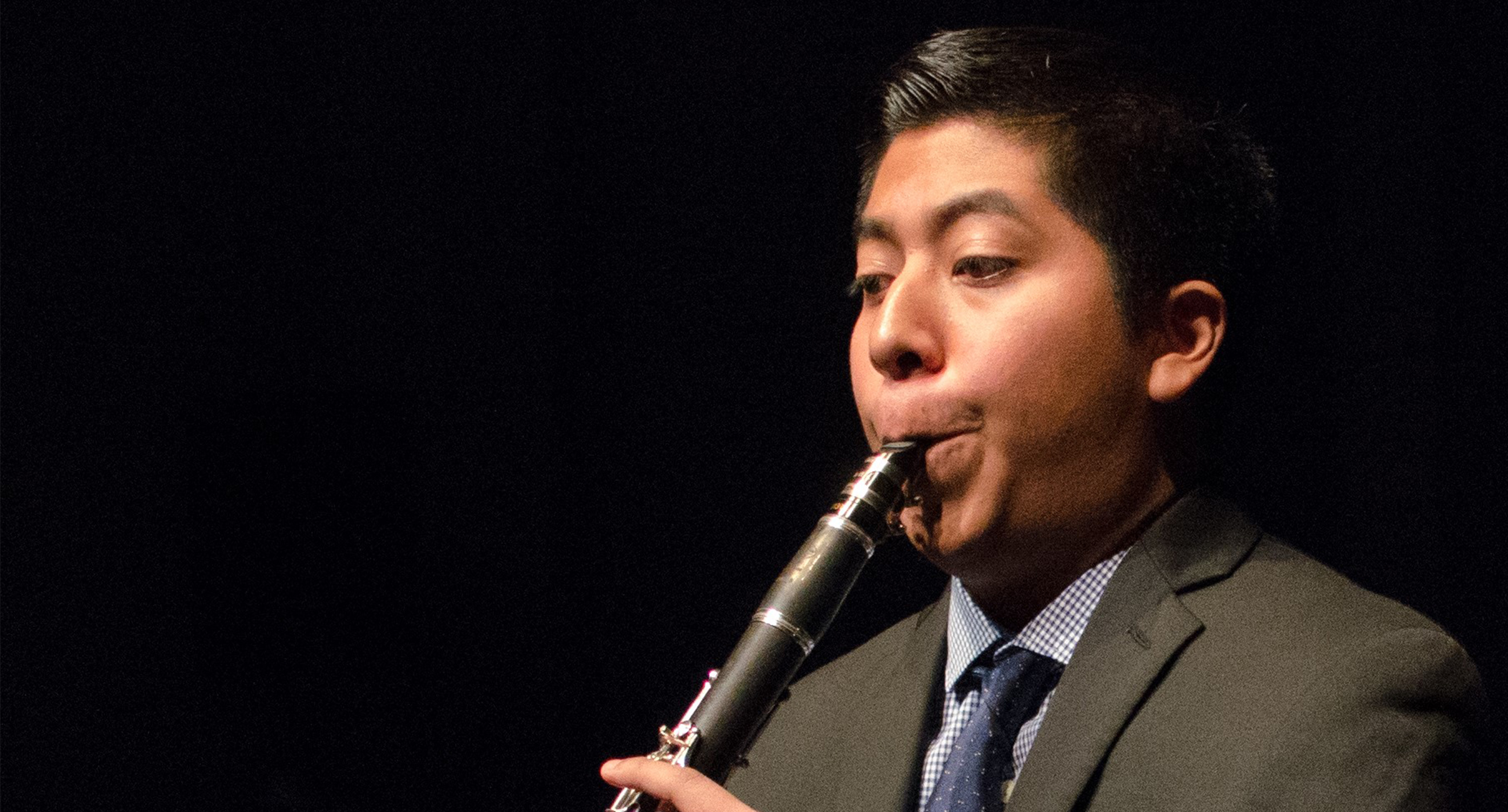 Studying at Colburn has helped me grow so much, and I wouldn’t have progressed the way I have without access to advanced training. Javier Morales Martinez

Clarinetist Javier Morales Martinez has had a big year. He participated in Carnegie Hall’s NYO2 training program, appeared on NPR’s From the Top, and is a finalist in the Mondavi Center Young Artists National Competition. Last month, he was awarded second prize in the the junior division of the International Backun Clarinet Competition. Now in his fourth year studying at the Colburn School, Javier reflects on his progress and experiences with gratitude for the opportunities he’s had and pride in his growth as a musician.

Preparing for the competition was a lesson in discipline, focus, and frenzy for Javier. “I had to really prepare in a way that I haven’t had to before,” he said. Backun was Javier’s first major competition, and, after being selected as one of seven young clarinetists advancing from prescreening to the semi-finals, he had a month to prepare three more pieces before traveling to Nashville to compete.

Once in Nashville, Javier juggled navigating a new city and enduring brutally cold weather with staying focused on the contest ahead. “There were clarinetists there from around the world – Italy, Taiwan, China – so it was pretty intense. The scariest round was the semi-finals, because four out of seven people were going home.”

He passed the semi-finals, guaranteeing him a spot among the prize-winners. After another day of intense concentration and polished playing, Javier was awarded second prize, with cash winnings of $1500.

Javier is part of the Herbert Zipper Scholars program, which provides full need-based scholarship support to students who show potential to flourish in the Community School of Performing Arts. He says the scholarship has been life-changing. He wouldn’t be able to study at Colburn without it, and he’s thrived.

“Studying at Colburn has helped me grow so much, and I wouldn’t have progressed the way I have without access to advanced training. I’m really grateful because Colburn has become a huge part of my life. I don’t know what I would be doing without it.”

When asked about his plans for his recent winnings, Javier says he’s going to reinvest in his passion. Along with his cash award from his recent appearance on NPR’s From the Top, he’s well on his way to purchasing another clarinet.

A high school junior, Javier is now looking forward to his college choices; “mostly conservatories, and a couple of universities.”

After that, his long term goal is to build his career playing in orchestras. “I love playing with other musicians. We learn a lot from each other.”

Help students like Javier have access to second-to-none performing arts training with your support of the Colburn School. Visit this link to learn more. 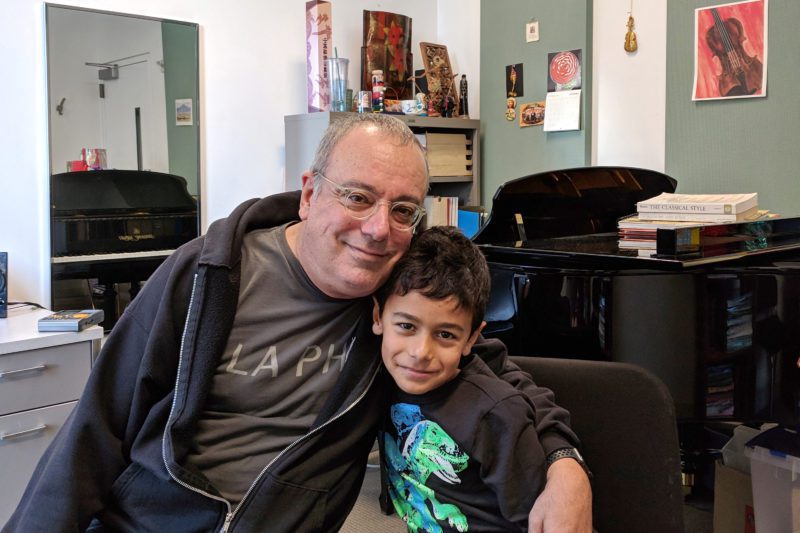 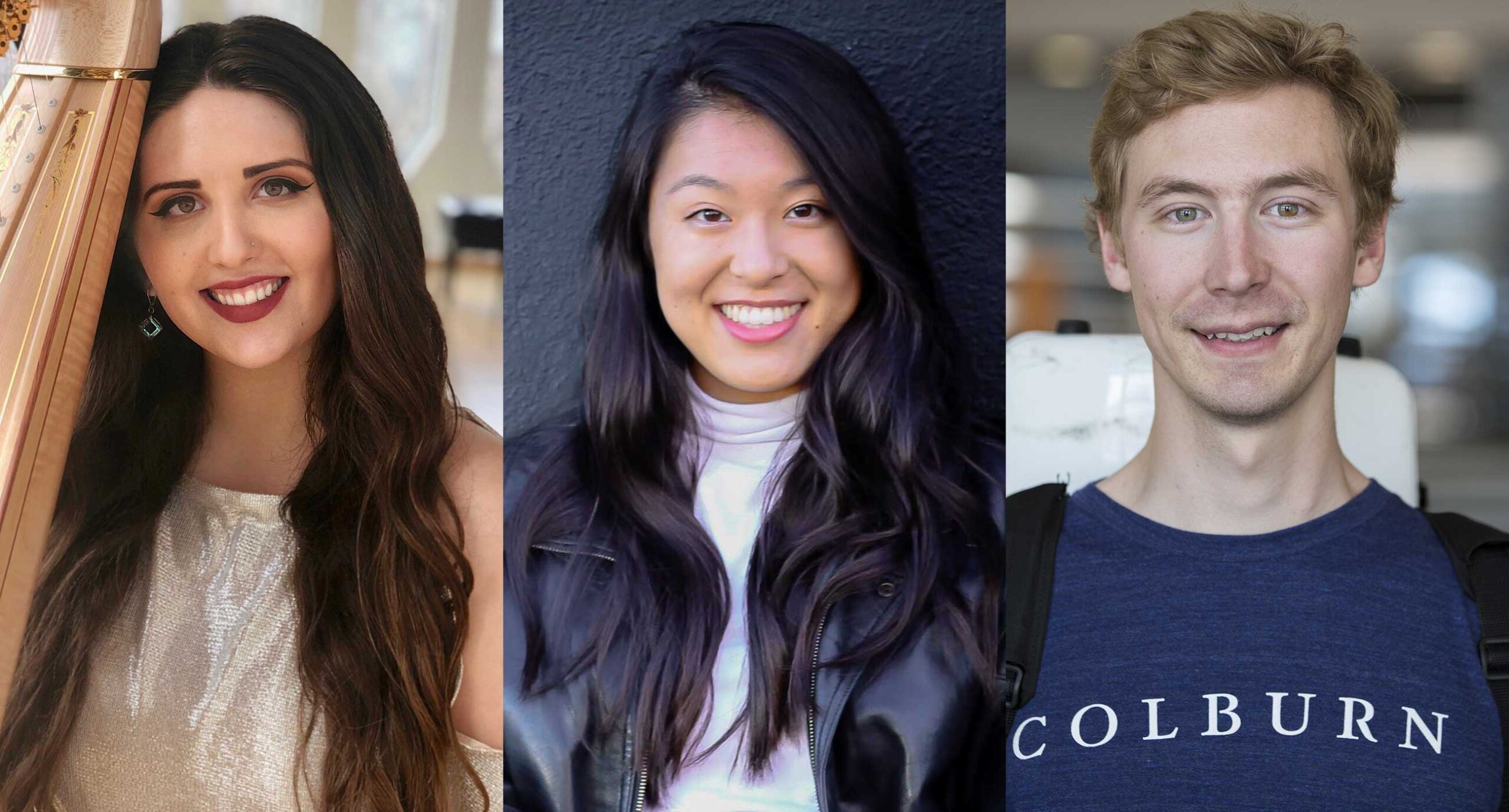