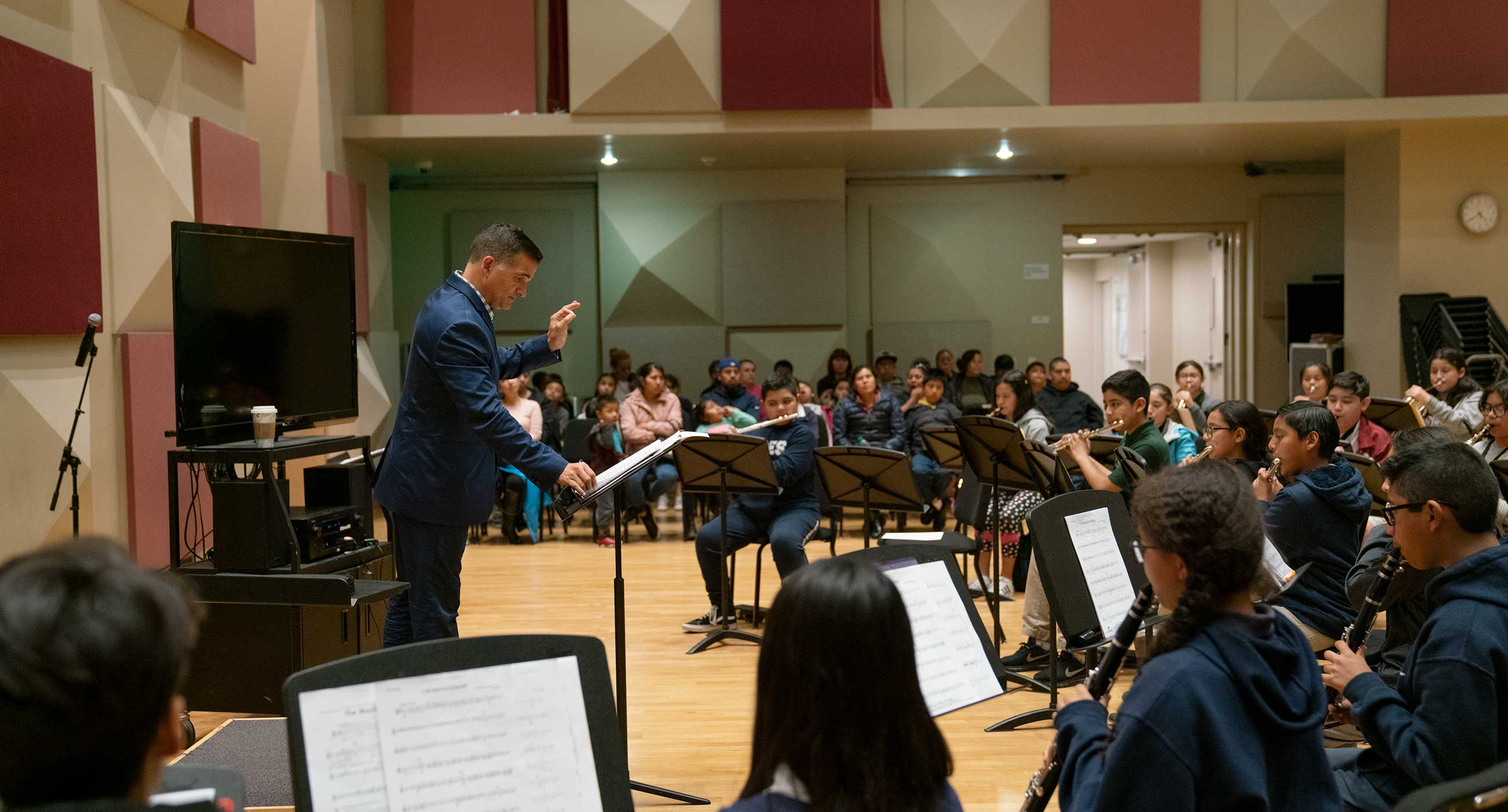 After a semester of rehearsals and lessons, students in the Jumpstart Young Musicians Program will present their fall concert on December 10, alongside their peers in the Community School’s Concert Band and Wind Ensemble.

This semester, Jumpstart musicians were formally integrated into the Community School band program, led by new Director of Bands Paul Crockett. “Many Jumpstart students were naturally matriculating into Community School bands after they graduated from the program,” explained Jazmín Morales, Manager of Community Engagement and Career Development. “Besides granting them access to important resources like practice rooms, this transition also allows Jumpstart students to feel like they are truly part of the Colburn community.”

When Paul Crockett arrived at Colburn at the beginning of the semester, one of his first tasks was to choose repertoire for the bands to learn. He immediately thought of having the Jumpstart Symphonic Band learn Steven Bryant’s The Machine Awakes, which tells the story of a machine that slowly becomes sentient using electronic accompaniment via a phone app. “Even though they’re young players, I think they could still do something to experiment and explore their instruments and different sounds more,” he shared in an interview.

As Paul put together the program, he selected pieces designed to help Jumpstart students develop musical skills as they continue learning their instruments. For example, As Twilight Falls by Robert Sheldon teaches students how to play with longer lines and phrases with proper breathing techniques.

Part of his teaching strategy is to see how quickly band members are able to learn and adapt. “They’re about to get the music to Holiday Bobsled Run, which is also by Robert Sheldon. I want to know what they can do in five rehearsals, since we’ve been together for a while. It took us a while to get comfortable with each other and for me to understand what their needs were. We understand each other now,” Paul said, chuckling. “It’s a different experience than what I’m used to, but I couldn’t have asked for a better group of kids to work with.”

As his first semester as band director comes to an end, Paul Crockett’s ambitions for the three ensembles are just beginning to come to fruition. Beyond ideas closer to home, he already has plans for the Wind Ensemble, the Community School’s premier band, to apply for the Midwest Clinic International Band and Orchestra Conference held in Chicago every December. “I want to put Colburn bands on a national stage,” he declared.

Join us for the Community School Bands’ fall concert on December 10. 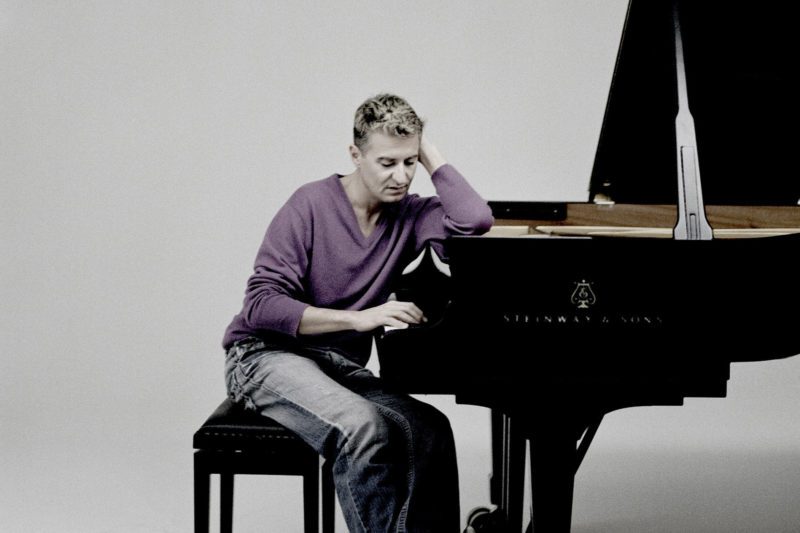 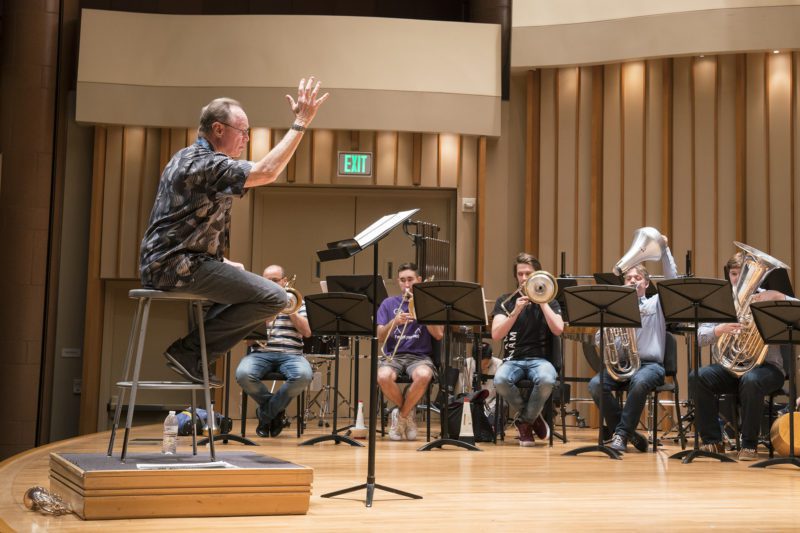 Mark Lawrence on the Rewards of Chamber Music, Concert Curation, and Teaching