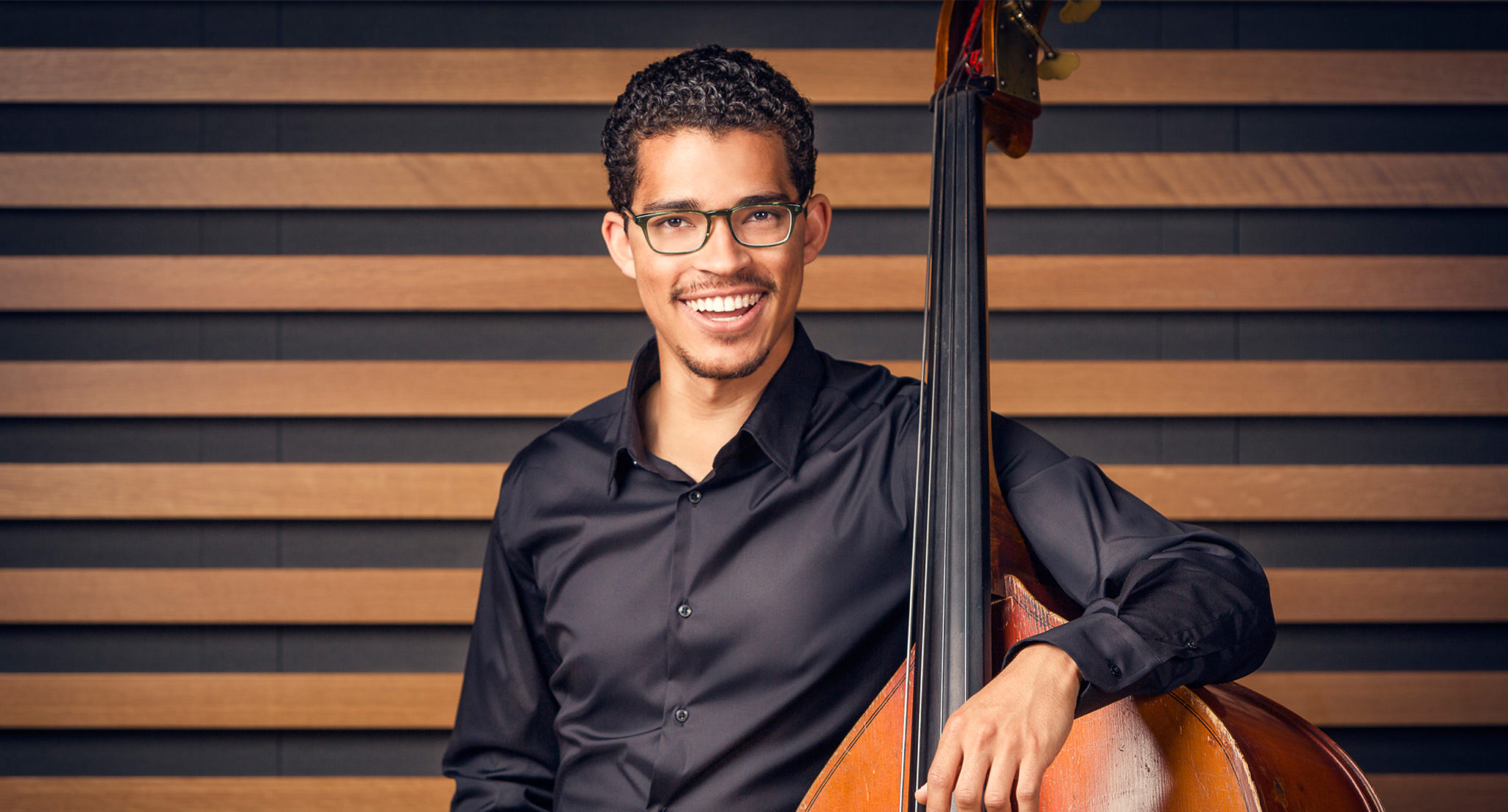 Many of my pieces are very much like me. They are full of energy, not too weighted by seriousness. But you can listen to them ... be taken somewhere ... have an idea ... enjoy it for a couple of minutes and then come back to the real world. Hopefully, you have had a nice little trip! Marlon Martinez

Colburn Conservatory of Music alumnus Marlon Martinez isn’t tied down to one genre, and he doesn’t ever intend to be. While pursuing both Bachelor of Music and Master of Music degrees at Colburn, he stayed active in the jazz world, collaborating with alumni of the Colburn Jazz Workshop in the Community School of Performing Arts.

We sat down with Marlon to discuss his time at Colburn and his debut release.

How did you start out on bass, and what brought you to Colburn?

I started bass when I was 11, and for the first three years I was self-taught and played by ear. I mostly played along with jazz records, so I listened to a lot of big band jazz and stuff that was in the past. By the time I got to high school I really needed training, and got into the orchestral way of playing things. Classical music became the way I really learned my instrument and, over time, I kept hearing about Colburn, especially toward the end of high school.

I came to the conservatory in the fall of 2009, and I knew that it would really fine-tune my playing and bring the best out of me. Both of my teachers at Colburn—first Leigh Mesh and then Peter Lloyd—helped bring out those qualities and showed me new techniques on the bass.

By coming to Colburn you had to dedicate yourself to classical training. How did you make that decision?

One of my mentors, Stanley Clark, who is a jazz legend, told me “do both.” In his time, learning classical music was the way to learn how to play any kind of music—from how to get the facility to play different things, to how to practice—and I decided to pursue a school where I could study my technique as a classical bassist, but also be surrounded by other genres, especially the jazz genre.

Jeffrey Lavner was teaching my piano class for non-piano majors, and he recommended I connect with his student Isaac Wilson. We developed a close friendship and he introduced me to his friends in jazz, and it just kind of went from there.

The jazz community here is in the Community School. What was it like to collaborate with musical peers who were maybe a few years younger?

The guys I played with have remarkable talent, and really all of the jazz students in the Community School are all so great. I learned a lot from those younger guys. With jazz, it is not just about the classroom, but you actually learn by going out and trying it with people you’ve never met of different ages and different experiences. I really thank Lee Secard too for letting me share my musical experience and playing with some of the students in the jazz program.

How did you balance rigorous orchestral training in the conservatory with jazz?

There were definitely days where I’d been focusing so much on orchestral bass playing that I started to get really hungry for jazz, whether that meant listening to or transcribing or writing a tune. When you are focusing on that one thing for your degree, it can be hard to focus on other things that you love to do. In the long run I’ve seen that jazz and improvisational music or creating my own music is very important to my self-expression, so at Colburn I would do everything I needed to do for my lessons and auditions, but I made sure to set aside time to study jazz. I had to make those opportunities for myself.

Were the faculty in the conservatory supportive of those pursuits?

Very supportive. So much so that when it came time to do recitals I would end each one with a jazz composition of my own. It is a part of me, and it is a big part of what I do with the double bass. When it came time to go on the road with Stewart Copeland and Jon Kimura Parker, and their band Off the Score, I was a little anxious about bringing that up to faculty, but they were very into the idea and let me go and pursue a couple of tours with them.

What inspired you to do a solo album?

My intent was always to do a solo project of my own and showcase my own compositions. I started writing music when I was a freshman in high school, but when I was a senior I wrote a solo bass showpiece that was very jazzy. That did so well and, when I brought it here to Colburn for Isaac Wilson’s Community School recital, it did really well here, too. Both instances gave me a kind of a calling where I thought, “OK, this is something I really want to do.” Ever since coming to Colburn and performing that piece with Isaac—called “Where Them Biscuits At” and it’s on the album—I thought that at some point while I’m in college I’m going to record an album of my own music.

I was also inspired meeting the new, younger players and getting to perform with jazz groups. The other thing that inspired me was learning about the art of phrasing and the art of textures and colors—performing in the Colburn Orchestra, learning great repertoire, and playing with all these great students. All of those things combined provided inspiration to do my first album. 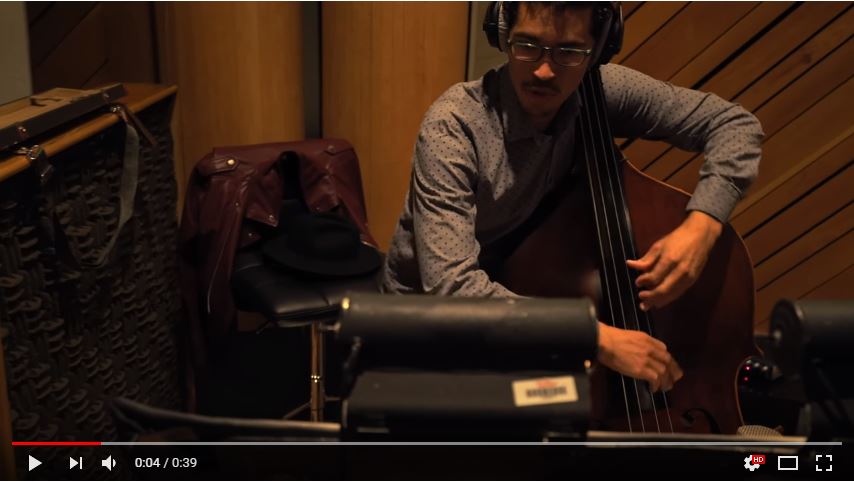 Could you talk about the process of making and recording the album?

I wrote some of the music at Colburn throughout undergrad and graduate studies. It took a while to decide what was going to be on the album, and I had to wait for a little while for my favorite musicians to be available after going off to college. The band on the album is my band, Jazz Marlonius, which includes Cam Johnson on drums, Jacob Scesney on the saxophones, Isaac Wilson on piano. A sax player named Aaron Blumenthal joins us as a special guest, too. All of them went to Colburn and came out of Lee Secard’s studio.

We also have Stewart Copeland on drums, and Judd Miller on the EVI. We play on a piece I wrote for them called “HD.” We started working on that last summer when I went over to Stewart’s private studio in LA and brought him a chart—loosely assembled riffs and cues—and we recorded it. Then, I wanted to add another element, so we got Judd Miller to add his EVI on there and it’s just incredible synth.

What’s next for you?

In the next few months I’ll be looking for promoters in jazz festivals, and I want to try to get my band some tour dates. I might be doing some orchestra work, jazz work, and teaching. At some point, I aspire to teach a class about jazz styles, but to classical performers who are interested in branching out and learning other things about their instrument and American music. I’m starting to formulate ideas for that.

How about long term?

Ultimately, I would like to be a solo artist, to perform and compose my own music, and to share my experiences with other people. I see myself having a career that involves both jazz and classical music. I think being at Colburn really helped me introduce myself to [former Colburn Chamber Music Society guest artists] Quatuor Ebène, and playing with them the past two summers gave me the realization that fusing jazz and classical is the kind of career I want for myself. One of the greatest things about being here at Colburn was being exposed to that, so I really thank the school for being thoughtful about who they bring in as artists.

Marlon Martinez’s album Yours Truly is available for download now on iTunes, and all other popular platforms. Visit Marlon’s website to learn more. 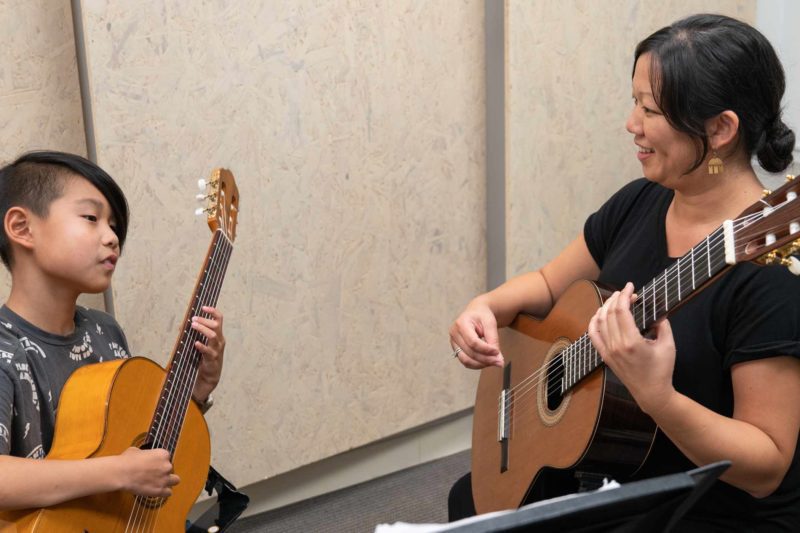 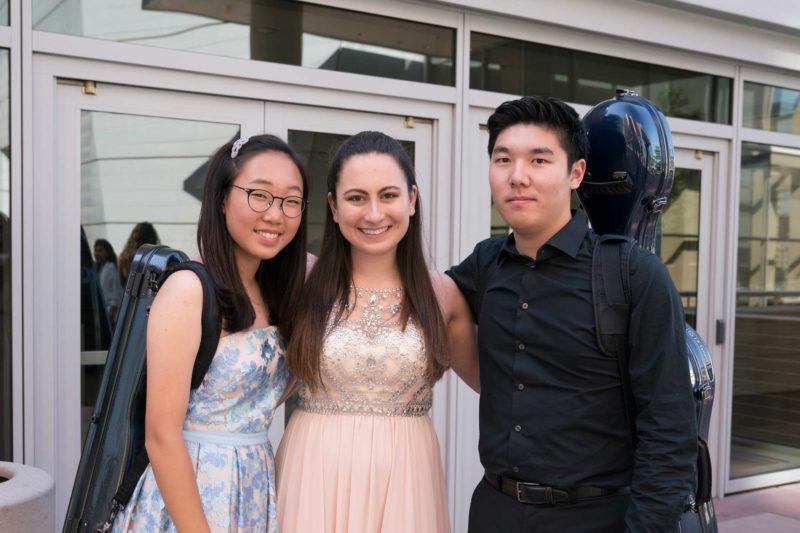