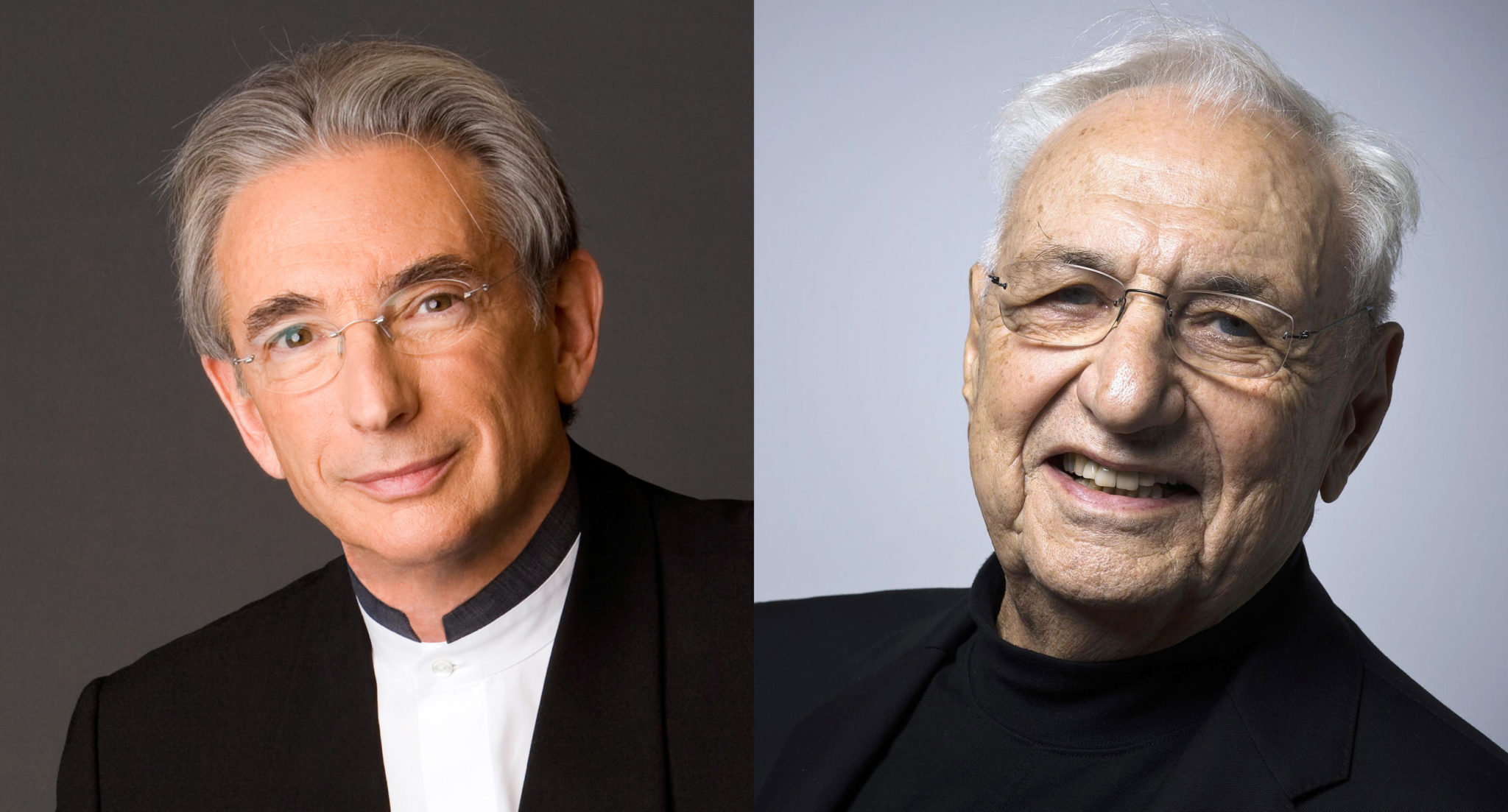 Each year at the Celebrate Colburn gala, we recognize two leaders propelling the performing arts forward: one for his or her artistry, and the other for his or her exceptional commitment through advocacy, work, or philanthropy. On April 22, we’ll honor renowned conductor Michael Tilson Thomas and acclaimed architect Frank Gehry with the Richard D. Colburn award, for their exemplary achievements and contributions to the worlds of classical music and the performing arts in Los Angeles and throughout the world.

The evening starts at 7 pm across the street at Walt Disney Concert Hall with a concert including Mahler’s Symphony No. 1 in D Major, “Titan,” performed by the Colburn Orchestra, led by Tilson Thomas. After the concert, gala dinner guests will join leaders and honorees for the post-performance celebration at a location to be announced.

“It is impossible to underestimate the importance of Michael Tilson Thomas’s legacy and significant artistic achievements that have elevated the world of classical music throughout California and the world,” said Colburn School President and CEO Sel Kardan. “His leadership, innovative artistic vision, and dedication to music education serves as a model of excellence for us all.”

“Frank Gehry has revolutionized our relationship with the physical world around us, and has transformed our concert-going experience with the Walt Disney Concert Hall, which propelled Los Angeles’s cultural renaissance,” said Kardan. “His work is vital to the growth of the arts in Los Angeles, and we are proud to honor him and his work at this year’s gala.”

Michael Tilson Thomas is Music Director of the San Francisco Symphony, Founder and Artistic Director of the New World Symphony, America’s Orchestral Academy, and Conductor Laureate of the London Symphony Orchestra. A Los Angeles native, as a high school student he attended what became the Colburn School before entering the University of Southern California. He is the third generation of his family to follow an artistic career, and was recently selected by California Governor Jerry Brown as an inductee to the California Hall of Fame.

Frank Gehry, one of the most prolific and accomplished architects of our time, has called Los Angeles his home since 1947, and has has built an architectural career that has spanned over six decades and produced public and private buildings throughout the world. One of the most notable buildings in Frank Gehry’s Los Angeles portfolio is the iconic Walt Disney Concert Hall. Gehry’s work has earned him several of the most significant awards in the architectural field, including the Pritzker Prize.

The Celebrate Colburn performance is part of the Sounds About Town Series from the LA Phil. Visit colburnschool.edu/gala to learn more about the event, or purchase tickets to the dinner and concert.