The Making of The Way Forward 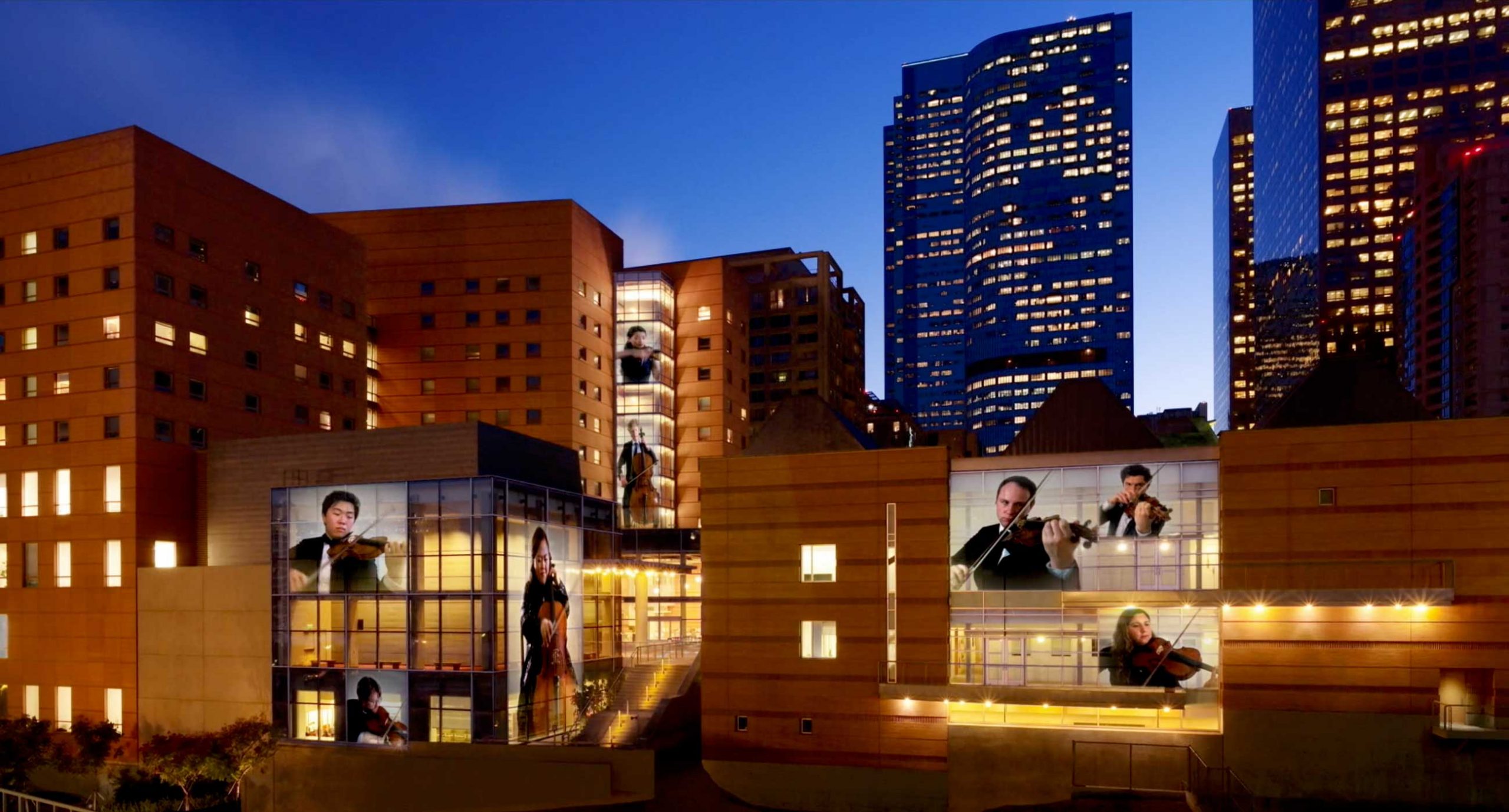 During a year when musicians and dancers needed to collaborate from afar, Colburn faculty, alumni, students, friends, and filmmaker Hamid Shams came together to produce The Way Forward.

Watch The Way Forward, a film that reimagines the concert-going experience for the digital age.

When the School closed its campus in March 2020, no one knew what the road ahead would present—both for developing students and professional faculty and alumni. By April, it was clear that prolonged uncertainty was going to be a reliable constant.

From this uncertainty, a beautiful collaboration developed. Across continents and oceans, our artists yearned to perform, in whatever ways were possible. Through the ingenuity and creativity of our staff and board, performing, and indeed celebrating, was made possible in a new way.

Rewind three years: the Colburn School was working with filmmaker Hamid Shams and director Murray Grigor to produce a documentary about cellist Gregor Piatigorsky, based on his autobiography of the same name, the manuscript of which is housed in the Colburn School’s Piatigorsky Archive. The subsequent film, The Cellist, was a product of 18 months of work. Filmed entirely in-person, Colburn student cellist Tate Zawadiuk, with his blond locks died brown, played the young Piatigorsky. The film was released around the world in early 2018.

Fast forward to April 2020, Tate, as a founding member of the Colburn Quartet in Residence, the Viano String Quartet, was once again filming with Hamid. This time, the quartet was separated across two countries and three cities, while Hamid was in his editing studio in New Jersey. The quartet formed half of the octet performing Mendelssohn’s Octet. The other half was Colburn’s acclaimed alumni quartet, the Calidore String Quartet. This coming together of students, alumni, instruments, and regions would not have even been considered let alone achieved before the pandemic.

However, with a necessity to find a way forward for performance and collaboration, Hamid wove together a story of yearning, performing, and celebrating unlike anything done before. Artfully crafted into a 50-minute documentary, nine works performed by Colburn alumni, students, faculty, and guest artists became a way forward for them all—The Way Forward.

Enthusiastically supported by our donor community, the film received a private online premiere on July 19, 2020, that included prescreening remarks and a post-screening discussion with the artists.

Not only do the Colburn faculty, artists, students, and special commentators deserve a global audience, but the film also featured a performance of global proportions—17,572 singers from 129 countries performing Eric Whitacre’s Virtual Choir 6 work, Sing Gently. The choir was produced with the Colburn School; the lead piano track was recorded by Community School alumnus and current Conservatory student Sam Glicklich in Zipper Hall with Eric—socially distanced and masked, of course!

The film also features conductor Esa-Pekka Salonen and faculty members of the horn and percussion departments performing Copland’s Fanfare for the Common Man. Colburn Artist-in-Residence Jean-Yves Thibaudet played alongside Music Academy student Benett Tsai. By alongside, we mean that Jean-Yves was in Los Angeles and Benett was in Melbourne, Australia, and Hamid brought them together through modern technology and artistry. The dance piece performed was choreographed by Colburn’s Trudl Zipper Dance Institute deans Jenifer Ringer and James Fayette.

In a conversation with Academy Award®-winning actor, opera director, and Colburn guest speaker, Christoph Waltz, he offers that “the pandemic is an additionally heightened obstacle. [Our artists] explore what’s behind the curtain that holds our world together. If you’re still willing to do that despite—or in spite of—everything, that’s the way forward.” We couldn’t agree more.