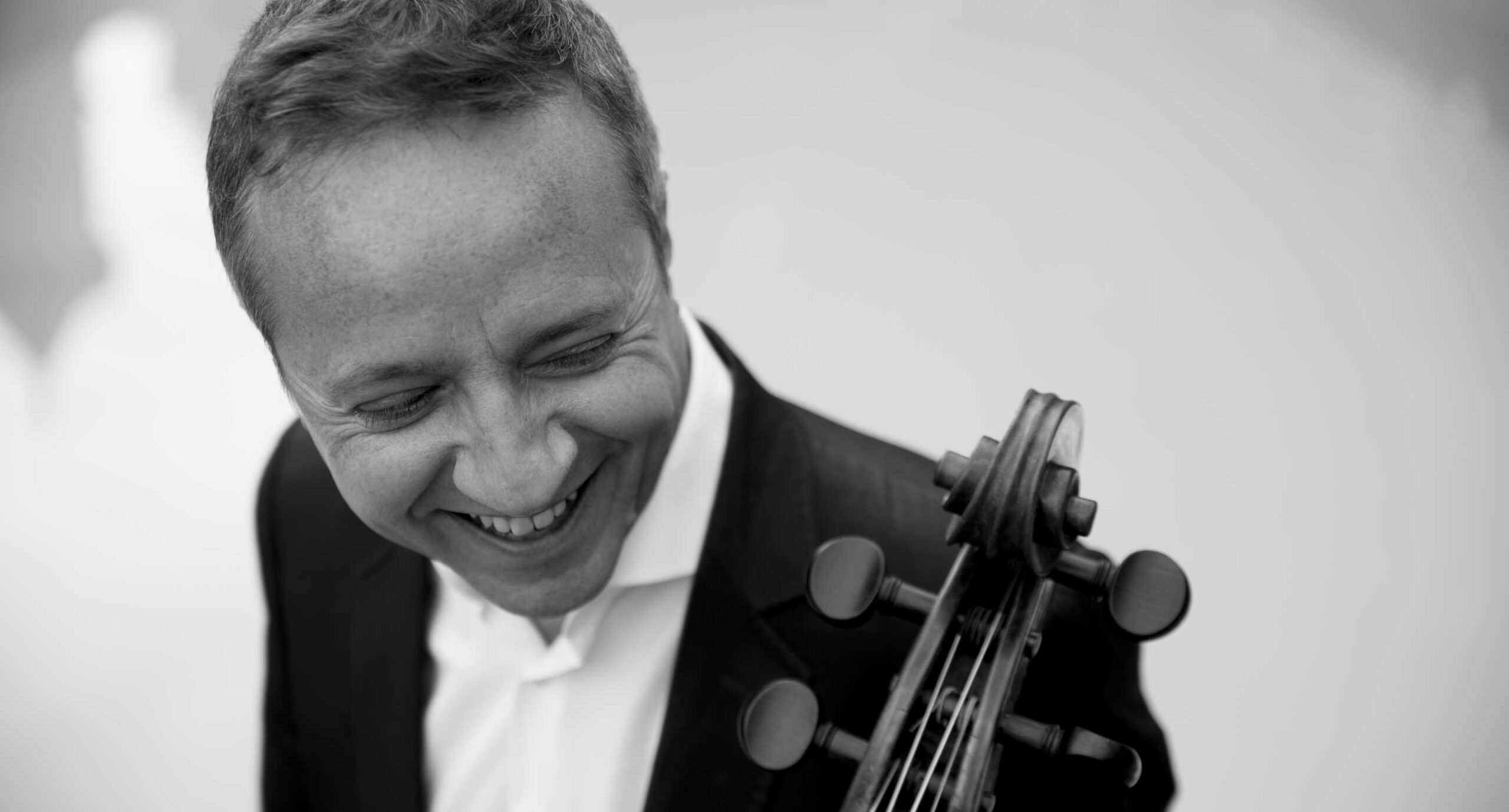 Recognised for his celebrated interpretations as soloist, his extensive exploration of chamber music with some of the finest musicians today, and a dedication to widening the cello literature, Marc Coppey is considered to be one of the world’s leading cellists – in addition, now with a growing reputation as a fine conductor on the international podium.

A protégé of Lord Yehudi Menuhin and Mstislav Rostropovich, Coppey first shot to international acclaim at the age of 18, winning First Prize and ‘Prize for the Best Bach Performance’ at the prestigious Leipzig Bach Competition (1988). Soon thereafter, he made major debuts in Paris and Moscow in collaboration with Yehudi Menuhin and Victoria Postnikova (captured on film by the celebrated director Bruno Monsaingeon), and performed at the Evian Festival by personal invitation of Mstislav Rostropovich. Since then, Coppey has carved out an impressive solo career to date, working regularly with many of the world’s finest orchestras and conductors – including, amongst others, Alain Altinoglu, Lionel Bringuier, Lawrence Foster, Alan Gilbert, Kirill Karabits, Emmanuel Krivine, John Nelson, Pascal Rophé, Yan Pascal Tortelier, and Yutaka Sado. He was made Officier des Arts et des Lettres by the French Cultural Ministry in 2014.

The breadth of Coppey’s repertoire is testament to his profound musical curiosity: alongside mainstream cello literature, he is a champion of lesser known and contemporary works. He has given the world premieres of cello concerti by such celebrated composers as Jacques Lenot, Marc Monnet, EricTanguy, and the French premieres of works by ElliottCarter, Mantovani, and Erkki-SvenTüür. Amongst those composers to have dedicated works to Coppey are such leading voices as Lera Auerbach, Christophe Bertrand, Hugues Dufourt, Frédéric Durieux, Ivan Fedele, Philippe Fénelon, Philippe Hurel, Michael Jarrell, Betsy Jolas, Frank Krawczyk, Philippe Leroux, François Meïmoun, Brice Pauset, Enno Poppe, Thierry Pécou, Michèle Reverdy, Johannes Maria Staud, and Frédéric Verrières.

Coppey currently records for Audite. Recent releases include the complete works for cello and piano by Beethoven (with pianist Peter Laul), cello concerti by CPE Bach and Haydn (with the Zagreb Soloists), and works for cello and orchestra by Bloch and Dvorak (with DSO Berlin/Kirill Karabits). His next release on the label is the Shostakovich cello concerti, recorded live in concert with Polish Radio Symphony/Lawrence Foster, and streamed worldwide by Medici.tv. Coppey’s recordings have received exaltant critical acclaim, including a Diapason d’Or and “Choc” in the Monde de la Musique for his recording of the Dutilleux Cello Concerto (with Orchestre Philharmonie de Liège/Pascal Rophé), and the highly sought after “ffff” from Télérama, amongst other awards. Coppey has also recorded extensively for the Accord/Universal, Aeon/Outhere, Decca, Harmonia Mundi, K617, Mirare, and Naïve record labels. In the streaming sphere, Coppey’s performances can be found on both Arte.tv and Medici.tv.

Passionate about inspiring future generations of musicians, Coppey is a Professor at the Conservatore National Supérieur de Musique de Paris, and is regularly invited to give masterclasses across Europe, Asia, and both North & South America. Since October 2020, he is the Artistic Director of the Saline Royale Academy d’Arc-et-Senans: a state-of-the-art new music education facility in France.

Marc Coppey performs on a cello by Matteo Gofriller (Venice, 1711), known as the ‘Van Wilgenburg’, and resides in Paris.