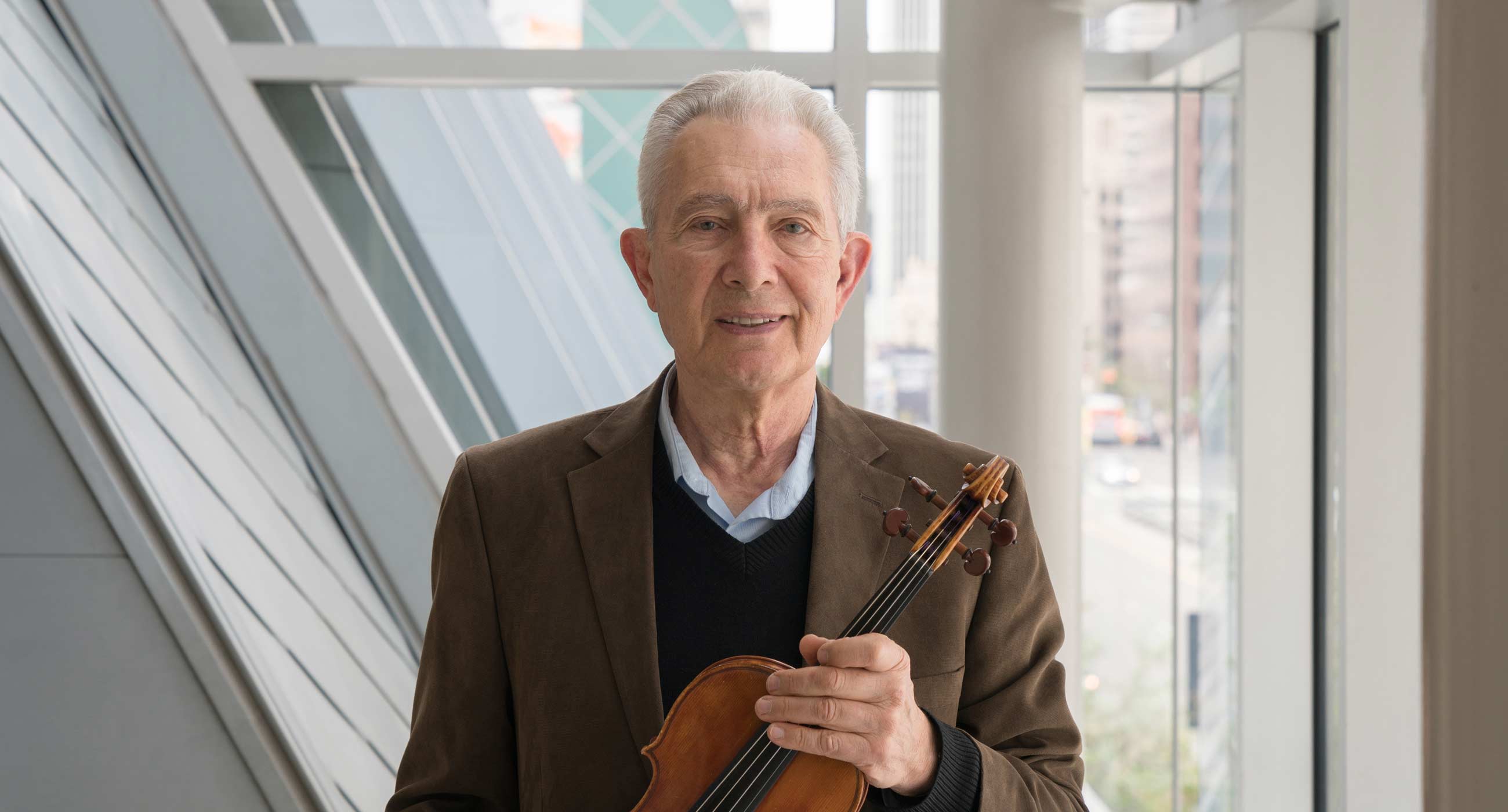 Arnold Steinhardt was born in Los Angeles, receiving his early training from Karl Moldrem, Peter Meremblum and Toscha Seidel, and making his solo debut with the Los Angeles Philharmonic Orchestra at age fourteen. He continued his studies with Ivan Galamian at the Curtis Institute of Music and with Joseph Szigeti in Switzerland under the sponsorship of George Szell.

Winner of the Philadelphia Youth Competition in 1957, the 1958 Leventritt Award, and Bronze Medallist in the Queen Elizabeth International Violin Competition in 1963, Mr. Steinhardt has appeared throughout North America and Europe as a recitalist and soloist with orchestras including the New York Philharmonic, Detroit Symphony, and the Cleveland Orchestra, among others.

Mr. Steinhardt is first violinist and a founding member (1964-2009) of the internationally acclaimed Guarneri String Quartet with which he has made innumerable tours across the globe and recorded dozens of albums for RCA Victor, Philips, Arabesque and Surrounded By Entertainment. He is professor of violin at Bard College and the Curtis Institute of Music, in addition to the Colburn Conservatory of Music.

Mr. Steinhardt has written two books: Indivisible by Four: A String Quartet in Pursuit of Harmony (Farrar, Straus and Giroux, 1998); and Violin Dreams (Houghton Mifflin, 2006). He is the author of articles which have appeared in Chamber Music America, Musical America and Keynote. Recipient of Honorary Doctorates from the University of South Florida and Harpur College, Arnold Steinhardt has also received an award for distinguished cultural service from the City of New York presented by Mayor Koch.

Mr. Steinhardt’s recordings include Franz Schubert’s complete works for violin and piano with Seymour Lipkin on Newport Classic, American Journey on Naxos Records featuring a variety of seldom heard American music and three new works written for him, two CD’s on Sheffield Lab with pianist Lincoln Mayorga: Strauss and Dvorak and Romantic Music for Violin and Piano which he recorded “direct-to-disc”; and a TownHall recording of unaccompanied Bach works.

Mr. Steinhardt writes a monthly blog about music on www.keyofstrawberry.com. You can also find more information about him on his website at www.arnoldsteinhardt.com.