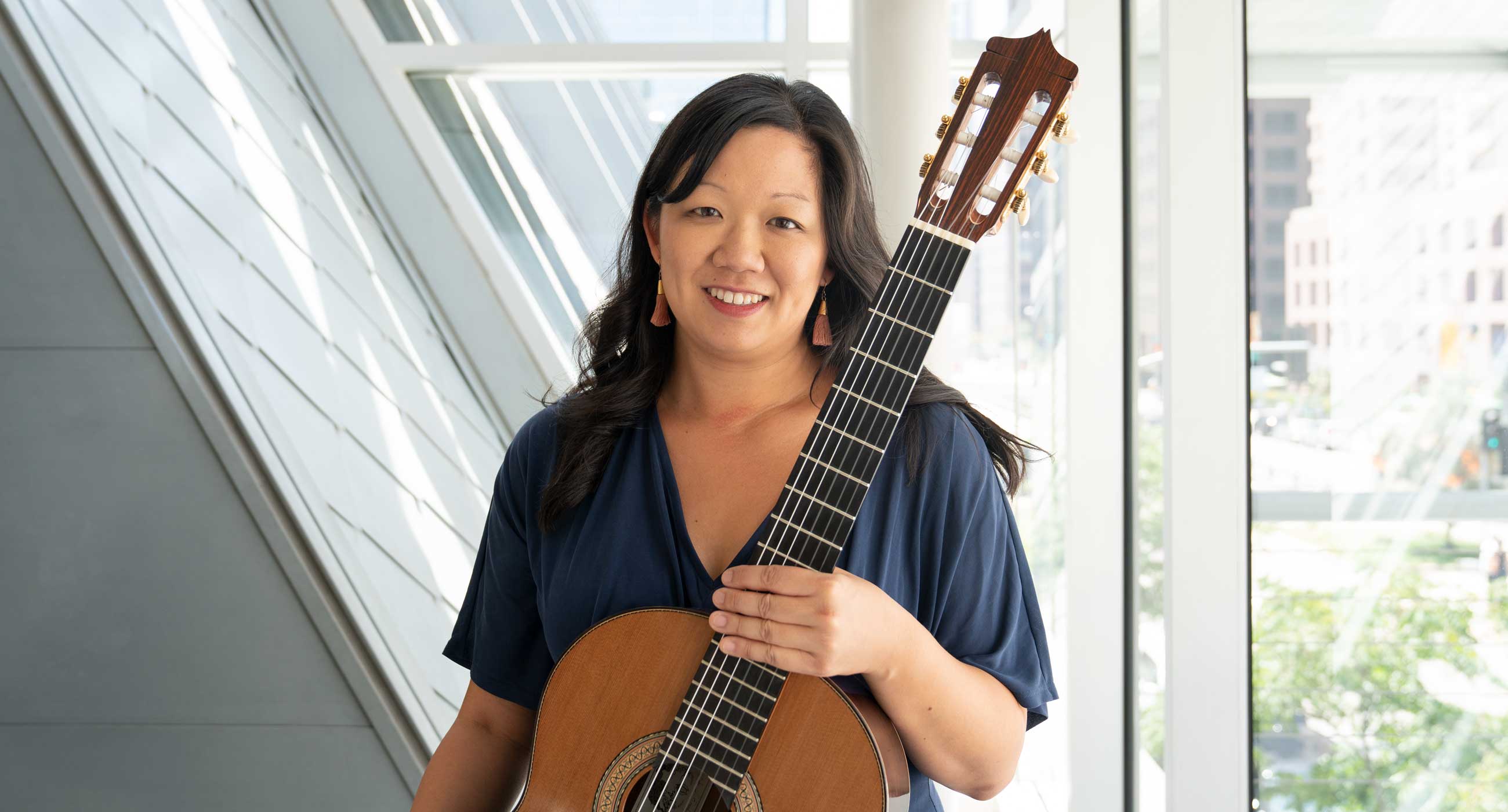 Dr. Connie Sheu is a dynamic guitarist, devoted pedagogue, and ardent advocate of classical guitar. In demand as both a soloist and chamber musician, her playing has been hailed by the New York Sun as “excellent, ruminative… scholarly.” According to Classical Guitar Magazine, “Her debut recording displays, without a doubt, her talents as a concert artist.”Past performances have brought her to Lincoln Center’s Alice Tully Hall, 92nd StY, Merkin Hall, Carnegie Hall’s Weill Recital Hall; venues in Moldova, Italy, Hungary; and across the United States. She is a frequent performer on various concert series and music festivals, and has appeared at the Women in Guitar Festival, New York Guitar Festival, and Guitar Foundation of America International Convention.  Dr. Sheu studied U.S. History and Music at Columbia University, and earned a Master of Music from the Juilliard School. She completed her Doctorate of Musical Arts at the University of Southern California under William Kanengiser and Pepe Romero. She also studied under scholarship at the Accademia Musicale Chigiana with Oscar Ghiglia in Siena, Italy. Dr. Sheu performs with LA Philharmonic flutist Elise Henry as Duo Arroyo.  She currently teaches at Pomona College and the Colburn School.