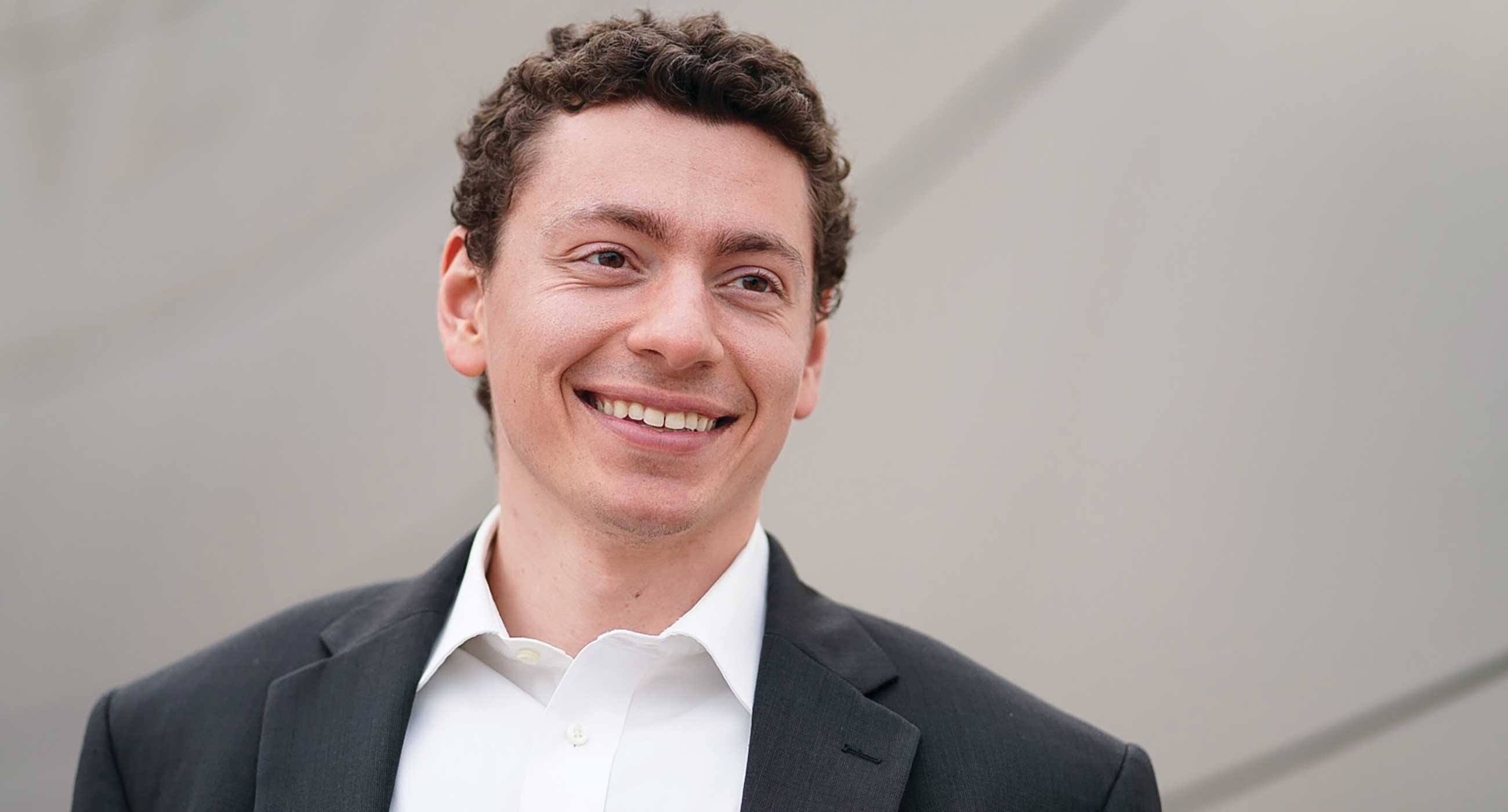 A native of St. Louis, Dominic has performed with orchestras all the world and is still committed to engaging with his surrounding community.

Dominic Cheli’s playing has been described as “spontaneous yet perfect, the best of how a young person can play.” (Symphony Magazine). His rapidly advancing career included his Walt Disney Concert Hall Debut with legendary conductor Valery Gergiev where Dominic was described as “mesmerizing, (he) transfixed the audience…his fingers were one with each key.” (LA Times). He gave his Carnegie Hall Recital Debut in 2019 and has had a busy performing and recording career ever since. He recently recorded his 2nd CD on the Naxos label of the music of Liszt/Schubert, and a 3rd CD of the music of Erwin Schulhoff on the Delos Label featuring his collaboration on Piano Concerto no.2 with Maestro James Conlon. He also recently completed work as a composer, audio editor and performer on the documentary Defying Gravity (2021).

A native of St. Louis, Dominic has performed with orchestras all across the country and abroad including the San Diego Symphony, Sarasota Orchestra, Indianapolis Symphony, Columbus Symphony, Princeton Symphony, Colburn Orchestra, Virginia Symphony, Adrian Symphony, and the Nordwestdeutsche Philharmonie (Germany). He has worked with conductors such as Valery Gergiev, James Conlon, Kesho Watanabe, Gerard Schwarz, Yaniv Dinur, Markus Huber, Rossen Milanov, Arthur Fagen, Bruce Kiesling, Matthew Aucoin, and many others. Dominic recently debuted at several major festivals across the United States including the Ravinia Festival, Mostly Mozart Festival, and the Virginia Arts Festival. Upcoming engagements include appearances with the Seattle Symphony, a re-invitation to the Ravinia Festival, his debut at Alice Tully Hall, and recitals in Philadelphia, Washington D.C, and New York City.

In July 2017, Cheli’s 1st album, featuring the music of Muzio Clementi and released by Naxos, was hailed as “definitive performances, that match splendid playing with an appreciation of Clementi’s diverse, classically based style.” Also in 2017, Dominic was named 1st prize winner of the Concert Artists Guild Competition in New York City.

With a fascination and appreciation for the benefits of technology especially in our new virtual age, Dominic was appointed LIVE Director of Tonebase Piano in 2021. As a result, he is the host and presenter of numerous virtual lectures, performances and workshops each month to the 4,000+ subscribers on the platform. His mission is to share personal knowledge and invite guests to democratize high-level music education, allowing everyone to learn from and be inspired by the best!

Committed to engaging with his surrounding community, Dominic regularly perform at high schools, retirement homes, and gives both masterclasses and lectures for his younger audiences. Upon invitation, he has performed with Paul Coletti at ViolaFest in Los Angeles for younger students, and “Baby Got Bach” with Pianist Orli Shaham at Le Poisson Rouge in NYC. Dominic has performed as an artist for Project: Music Heals Us,a non-profit organization that presents interactive classical music performances to diverse audiences in order to provide encouragement, education, and healing with a focus on elderly, disabled, rehabilitating, incarcerated, and homeless populations.

In his spare time, Dominic enjoys cooking and training for Ironman triathlons.