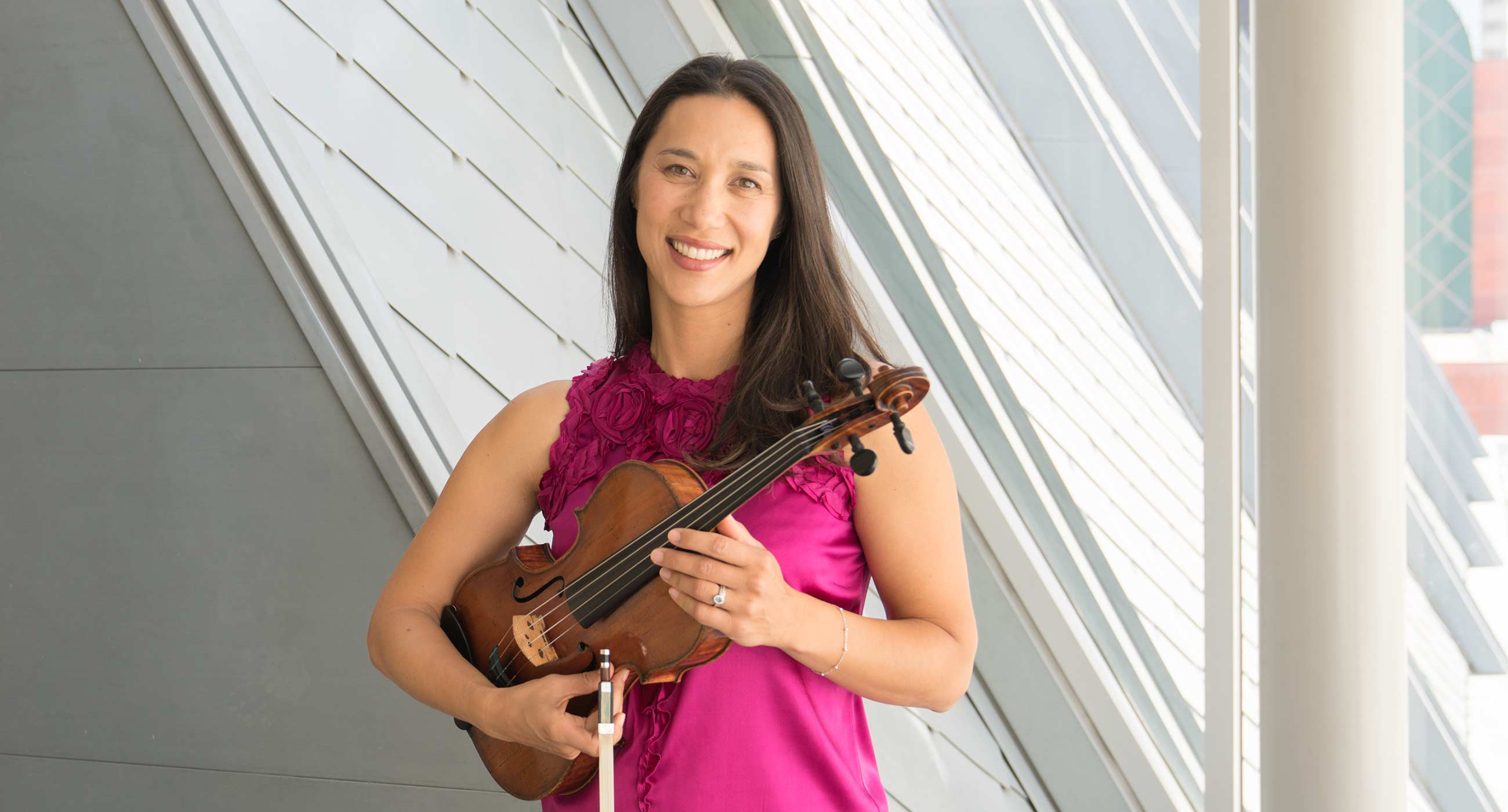 Violist Gina Coletti was born in Seoul, Korea and raised in Tacoma, Washington. Musical travels have brought her to China, Japan, Israel, Europe, and throughout North America. As a chamber musician she has participated in festivals such as the Camerata Deia in Spain, St. Barts Music Festival in the French West Indies, Tucson Chamber Music Festival, Sunflower Music Festival, the Dilijan Chamber Music Series, and with the Synergy Ensemble in Los Angeles. Locally, she has performed with the Los Angeles Philharmonic, LA Opera, Los Angeles Master Chorale, served as principal of the Mozart Chamber Orchestra and on numerous movie scores, commercials, and television appearances.

A dedicated educator, Ms. Coletti is Chair of the Ed and Mari Edelman Chamber Music Institute at the Colburn Community School of Performing Arts, and teaches viola at Colburn’s Community School of Performing Arts and Music Academy. Her students have gone on to pursue music degrees at such institutions as Juilliard, Rice, USC and UCLA, and have garnered regional and national awards.

Recently, she also resumed her role as a regional director for Junior Chamber Music. And she is founder of ViolaFest Los Angeles which over its 10 year annual run has brought together over 1500 student violists for an inspirational and educational day (www.socalviolasociety.org). Currently, she is honored to be the president of the Southern California Viola Society. Ms. Coletti is on faculty of the Idyllwild Arts Summer Program and has served on the faculties of the University of Nevada Las Vegas, and at summer courses in Prague (Ameropa International Music Festival) and Italy (Adriatic Chamber Festival). In 2007 she was an honoree for Los Angeles Music Week for her musical contributions to the community and was honored by the City of Los Angeles in the City Hall Chambers.

Ms. Coletti received a Master of Music from The Juilliard School and a Bachelor of Arts in Music from Stanford University. She was a recipient of Stanford University’s Golden Medal in the Humanities for excellence in her chosen field of study. Her primary teachers have been Heidi Castleman, Misha Amory, and Ben Simon.

Ms. Coletti is married to violist Paul Coletti and they have two daughters, Olivia and Julia.