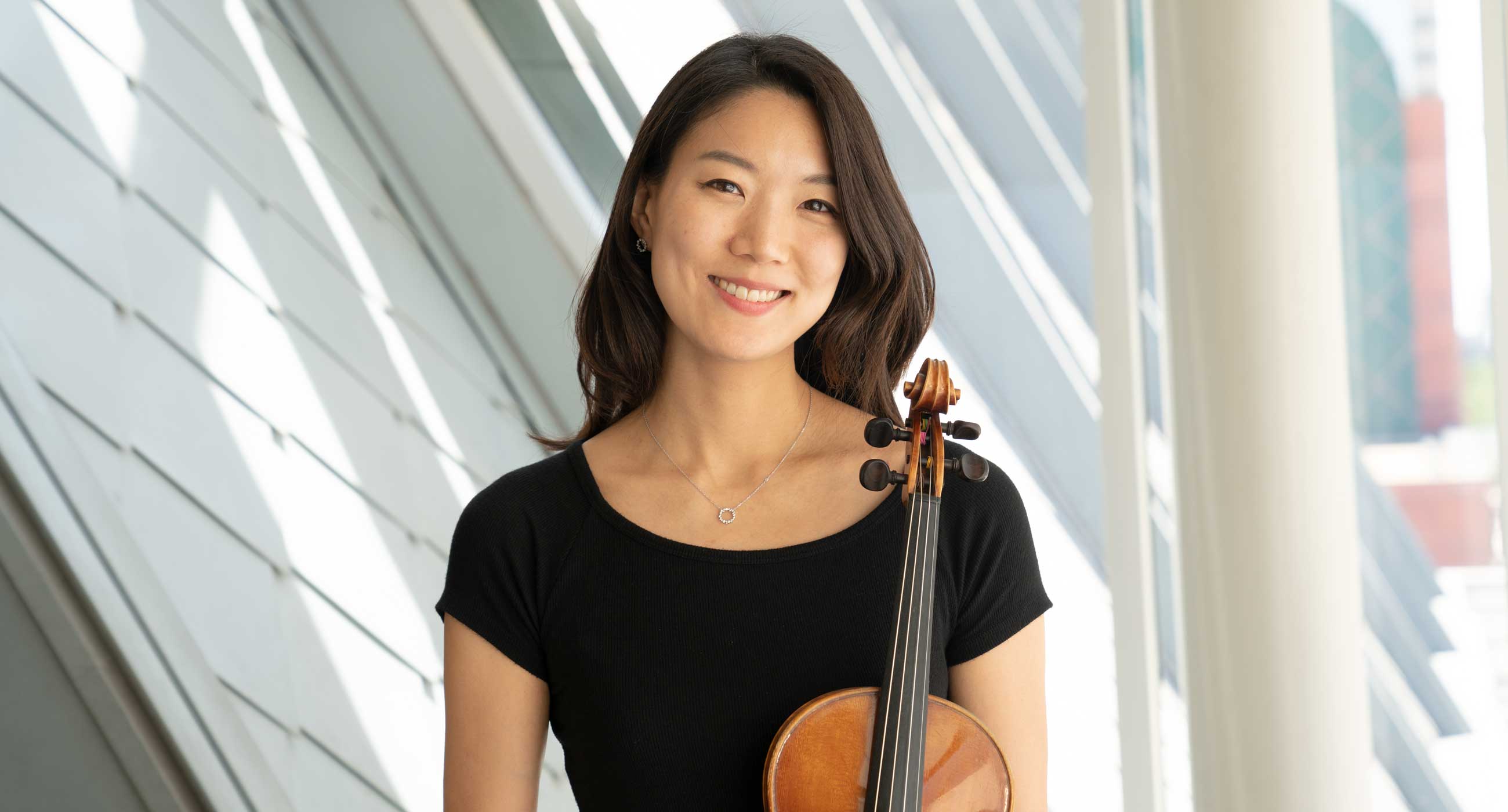 Ms. Joanna Lee has performed throughout Korea, Japan, China, Europe, and the US.

Ms. Joanna Lee has performed throughout Korea, Japan, China, Europe, and the US in significant venues such as the KKL in Luzern, the JT Art Hall in Tokyo, and the Walt Disney Concert Hall. In addition to being invited to numerous prestigious festivals across the world such as the Verbier Festival, Kuhmo Festival, and Mozarteum Summer Academy, Ms. Lee has been a prizewinner at various competitions including first prizes at the International Competition, Korea Times Competition, Utah Chamber Music Competition, and Beverly Hills Consortium.

As a passionate chamber musician and a founding member of the piano quartet Los Angeles Ensemble, Ms. Lee was awarded first prize in the International Music Competition “Grand Prize Virtuoso” in London and fourth prize at the 2016 Schoenfeld International String Competition in Harbin, China.

Born into a musical family, Ms. Lee began playing the violin at the age of six. She attended the University of Music in Basel, Switzerland and University of Vienna, where she completed her undergraduate and graduate studies with distinction under the guidance of Adelina Oprean and Dora Schwarzberg. Joanna holds a Doctoral of Musical Arts from the University of Southern California studying with Margaret Batjer on a full scholarship. In addition to her positions at Scripps College as a visiting lecturer and second principal at Redlands Symphony, Ms. Lee is on the violin faculty at the Colburn Community School of Performing Arts.