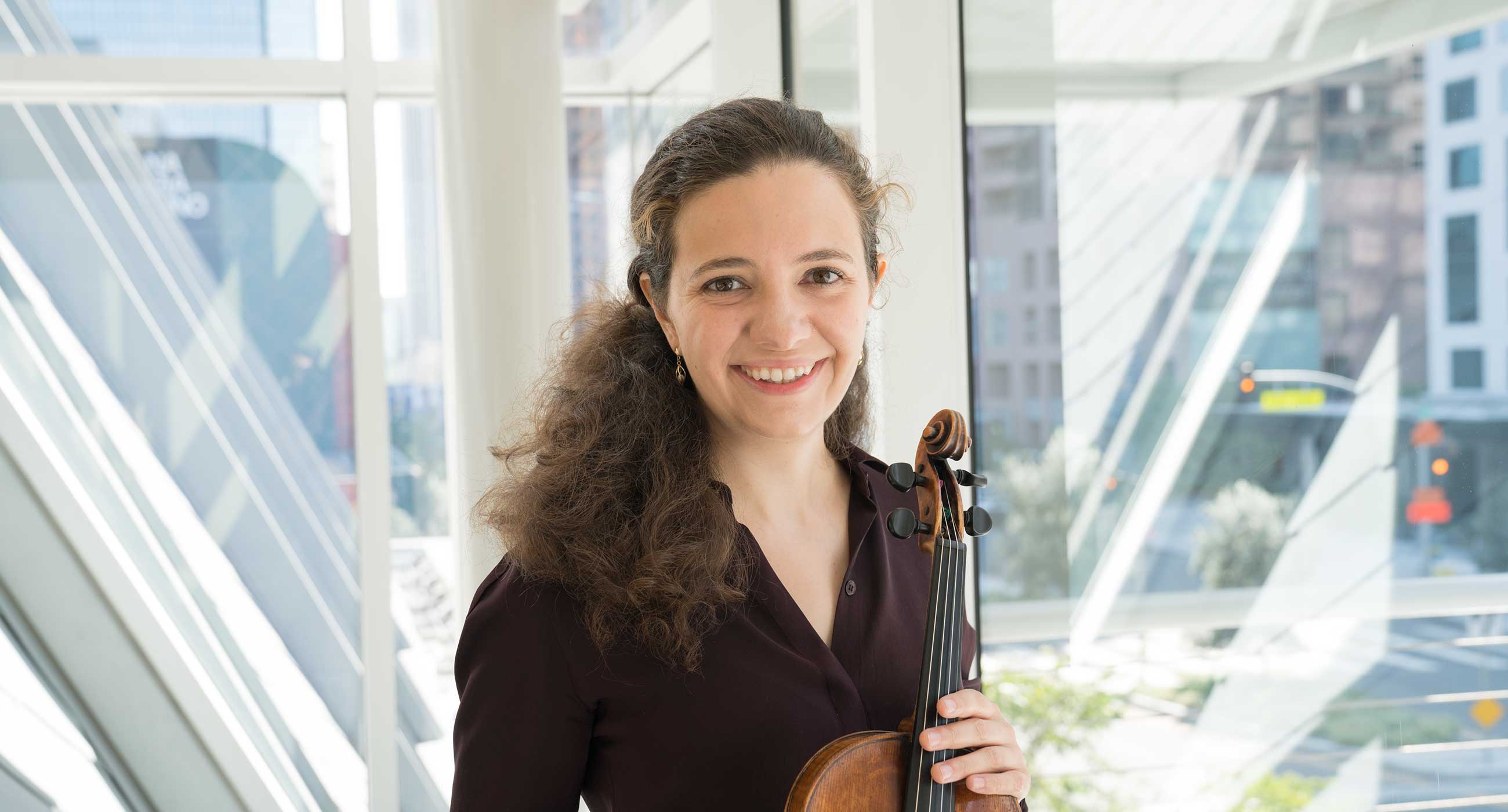 Leila Núñez-Fredell is a violinist based in Los Angeles, and a member of the award-winning Royce String Quartet. She also regularly plays with the DuselForty58 Chamber Ensemble and the critically acclaimed Pacific Opera Project. A dedicated chamber musician, Ms. Núñez-Fredell has performed on concert series such as UCLA Live at Royce Hall, Casa Classic, Concerts at One, and Sundays Live at LACMA. Regional and international engagements include performing with artists such as David Krakauer, John Cale, and the Borromeo String Quartet at the Italian festival Incontri in Terra di Siena.

A recipient of UCLA’s prestigious Dissertation Year Fellowship, Ms. Núñez-Fredell’s dissertation focused on the exchange between eighteenth- and nineteenth-century musical androids and human virtuosi: “Performing the Mechanical: Industrialism, Androids, and the Virtuoso Instrumentalist.” Ms. Núñez-Fredell has taught an undergraduate music history survey course as a lecturer at UCLA. She is also a faculty member at the Colburn School’s Music Academy, teaching and overseeing the music history curriculum. Among her lecture/performances Ms. Núñez-Fredell performed Arnold Schoenberg’s Phantasy, and presented on its extended techniques and use of the violin, as part of a lecture by Fred Sherry and also at an academic conference. A faculty member at SOL-LA Music Academy, Ms. Núñez-Fredell maintains a studio of private violin students.