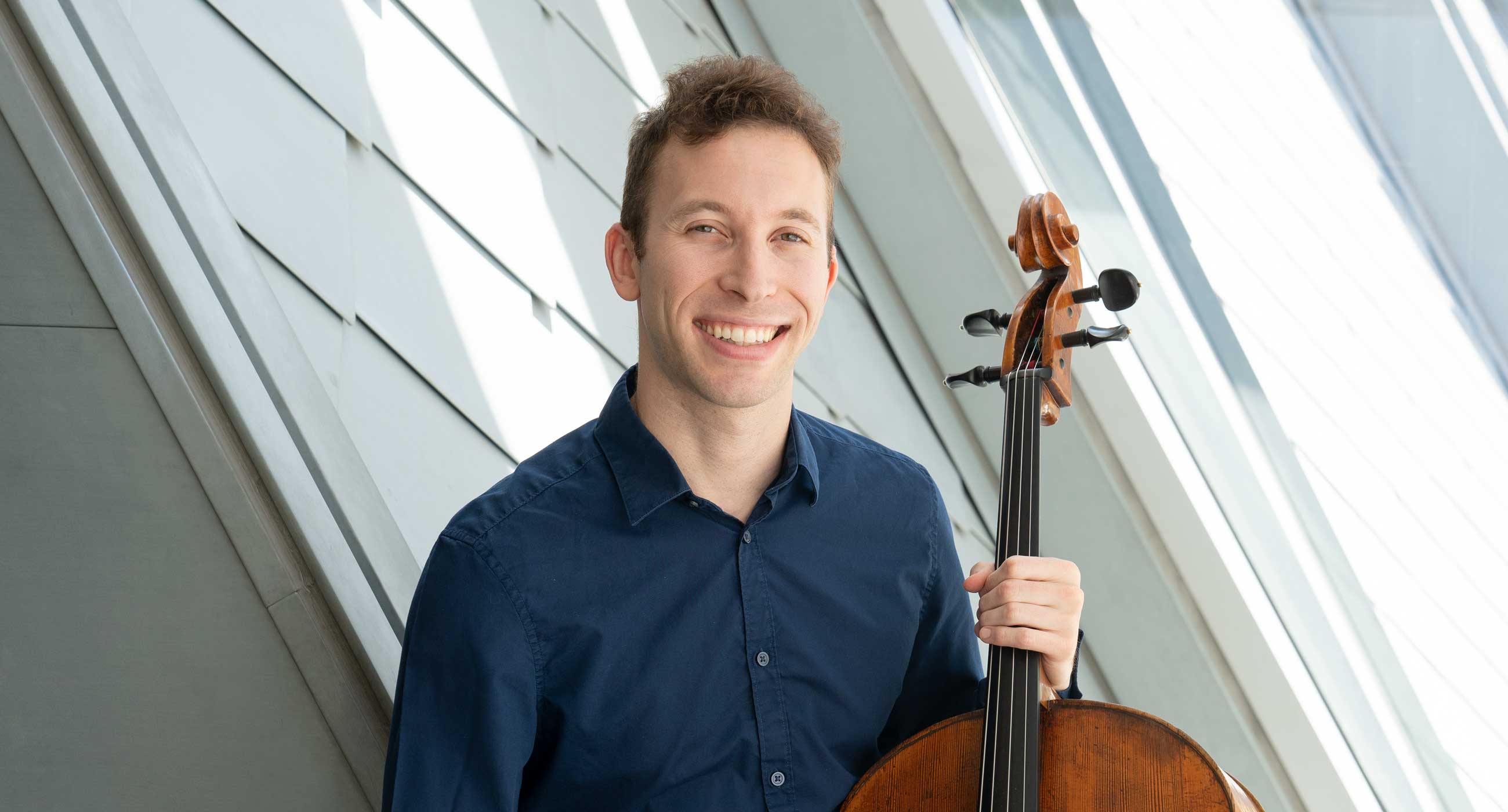 Michael Kaufman is an exciting cellist exploring various facets of the classical music scene. He was the soloist for the opening of the renovated Kodak Hall at Eastman Theater and has performed at prestigious venues such as Zankel and Weill Recital Hall at Carnegie Hall. Concerto performances and chamber music engagements have taken him across the United States and Western Europe to festivals such as Open Chamber Music at Prussia Cove, Yellow Barn, Music@Menlo, and Verbier.

His diverse performance projects have included chamber music concerts with Midori, Brett Dean’s 12 Angry Men in Disney Hall at the Piatigorsky Festival, the premiere of a concerto written by Sean Friar with the Eastman Wind Ensemble, and leading as principal cello of La Monnaie in Brussels. Founder and artistic director of Sunset ChamberFest and founding member of the cello quintet SAKURA, Michael champions eclectic juxtapositions of music from the classical and contemporary canon and is an advocate for guiding and cultivating future generations of composers.

He received his bachelor’s degree from Eastman studying with Steven Doane and his master’s and doctoral degrees from the University of Southern California under the mentorship and guidance of Ralph Kirshbaum. Michael is a member of Los Angeles Opera and teaches at both Loyola Marymount University and Colburn Community School of Performing Arts.