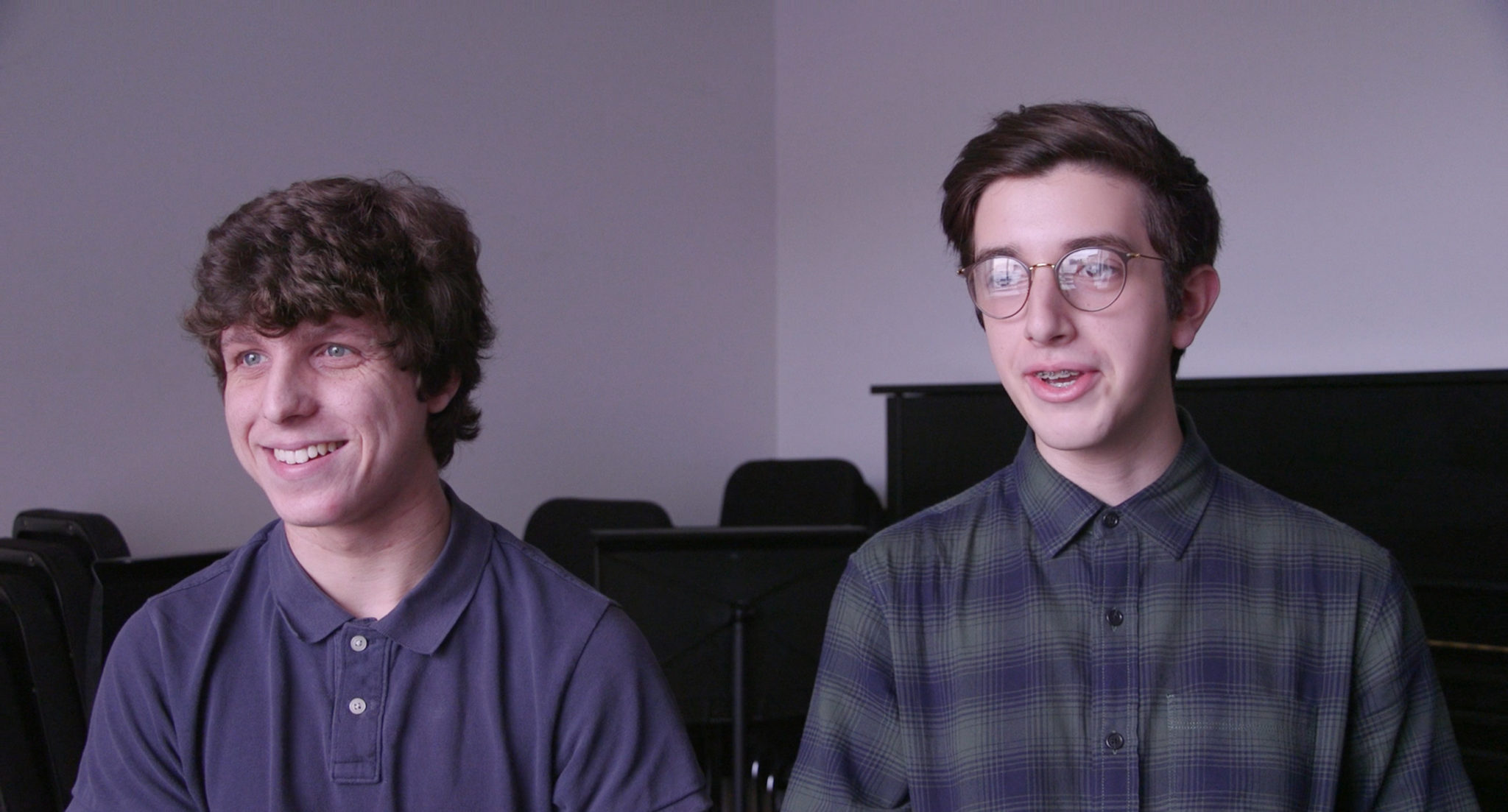 Each year, students from across the country come together from to rehearse, record, and perform jazz together. They are part of a select group of young musicians in the Grammy Camp Jazz Session, which, this year, was held in New York City. Over a thousand students applied, but only 18 were selected. Colburn students Joey Curreri and Jordan Reifkind were among them, and they spoke with us about the Grammy Camp experience.

When did you find out that you were selected for Grammy Camp?
Jordan: It’s a funny story for me: I was recording college pre-screenings and it was taking me so many takes to get this one solo guitar piece. I finally got a good take and I saw that my phone stopped recording because I got a phone call. I was like “oh my God, I’m going to be so angry at whoever just called me,” and then I saw that it was actually from the Grammy Foundation and I was so excited to hear that from them.

Joey: It was a Monday afternoon after Thanksgiving Break and I was on my way to Colburn for a rehearsal. Julie Mutnansky [from Grammy in the Schools] called me and asked if I wanted to be in the Grammy Band again and I said, “of course! Yes!” She said “I’m glad because you did it last year and I didn’t know if you wanted to do it again.” I definitely wanted to be a part of the experience again. I was really grateful.

What was it like to work with your peers there?
Jordan: It was really interesting to get to meet people from all around the country who have different musical backgrounds from us and who we wouldn’t normally get to play with. It was great to collaborate and meet new people.

Joey: Everyone is so motivated to do what they do, and to be great at their instrument and improvising. It’s a really humbling experience to be around them, and it’s interesting to talk with other kids about their schools and what they do around their state. Now when I’m going around and auditioning for things, every time I go to a new place I know someone.

Since you’re both returners, what was that like to go back?
Jordan: It was very different my sophomore year because I was young and more star struck. I was still blown away by all the musicians I got to play with this year, but I had a different approach and it was a bit easier for me to make certain connections and play with people my age.

Joey: This year was so different for me. Last year, when I got there, I knew zero people. I got to know some people throughout that week, and then had summer camps, so by the time I got there this year I knew most of the people there and it was really fun to reconnect with them and build new relationships.

Jordan: It was the perfect balance between getting to meet new people and getting to spend time with people I don’t get to see very much.

What did you learn from the experience?
Jordan: On the surface, it really helped me with reading music and preparing for playing in a big band because it was pretty intense; we had about seven or eight tunes we had to learn before we got there. That inspired me to work really hard because I knew we were going to be playing in such exciting places. I learned a lot about teamwork and my role as a guitar player in the big band.

Joey: For me, there were a lot of “oh so this is what it’s like to be a professional musician” moments. There was a night when we had a show at a club that ended around 9 or 9:30 pm. Then we went straight to the person of the year after party and we played there until about 1 or 1:30 am. Then we went back to the hotel and we had to get up at 8 or 8:30 for a 10 am recording session. I was so tired. I remembered I had to keep my focus at the highest level because I couldn’t accept anything less, and that’s what it has to be like as a professional musician. It was really great training.

Jordan: Also, our director, Justin DiCioccio, was such an amazing resource for us to learn about the tradition of the music we were playing. We did a lot of older standards and more straight ahead pieces of music. He was a great source of information on how to interpret those styles.

How did the experience inform your expectations about music as a career?
Joey: I do feel like the Grammy camp experience overall was a little too good to be true, and that’s not what it’s going to be like all the time. In terms of what I want to be doing—having jobs all the time—that’s what it could be like. I don’t know for sure because I’m still not there yet, but that’s something I’m looking forward to, but also have to prepare for.

Jordan: It reassured me that music is something I want to do, because it does seem stressful to be going to bed at 3 am and waking up at 7 am for another gig. I thought that could be an aspect of being a professional musician that might be challenging, but through this program I realized that it’s something I really love to do and I’m happy to do it as an adult.

Support students like Jordan and Joey pursue their passion with your gift to the Colburn School. 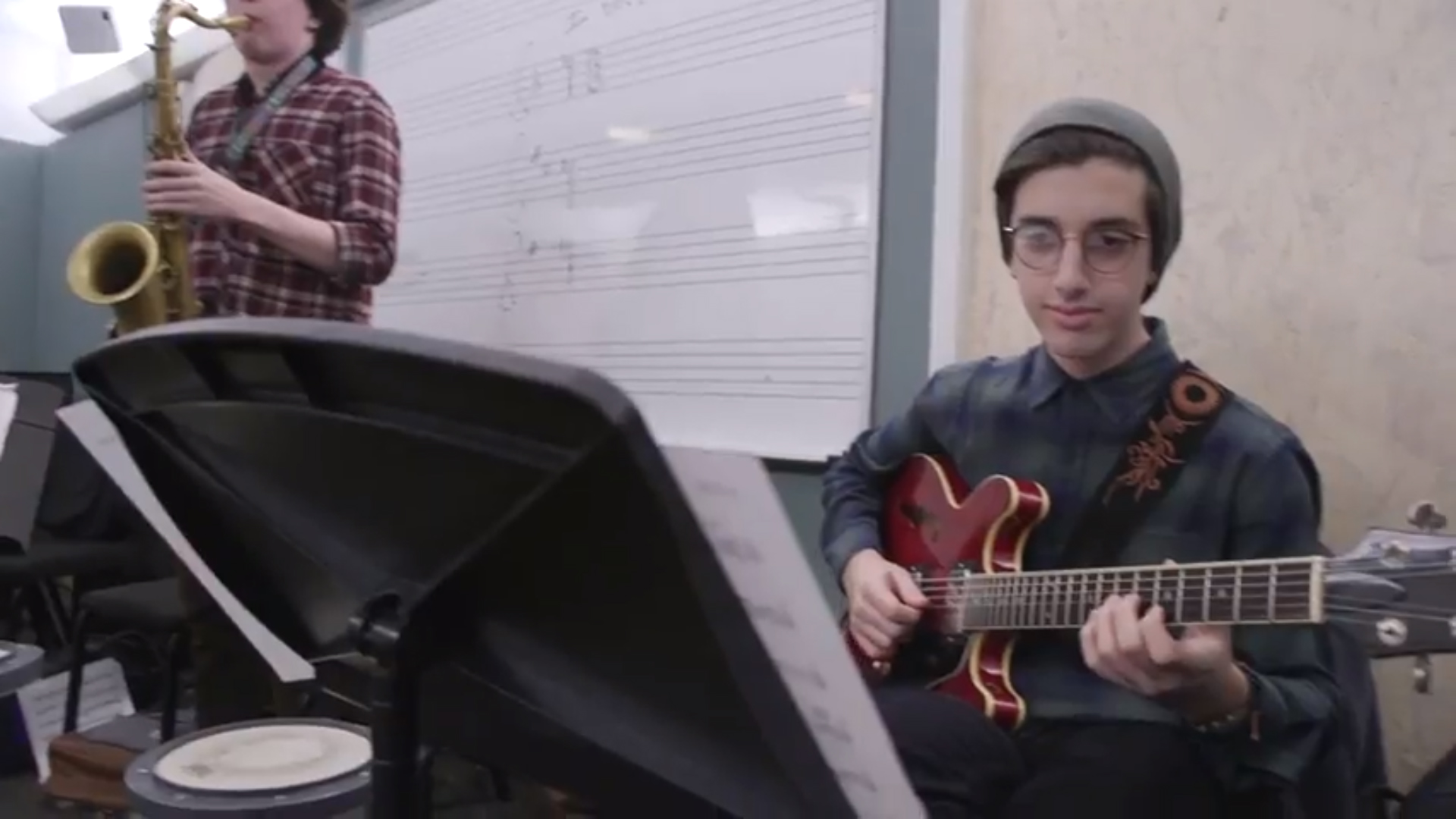 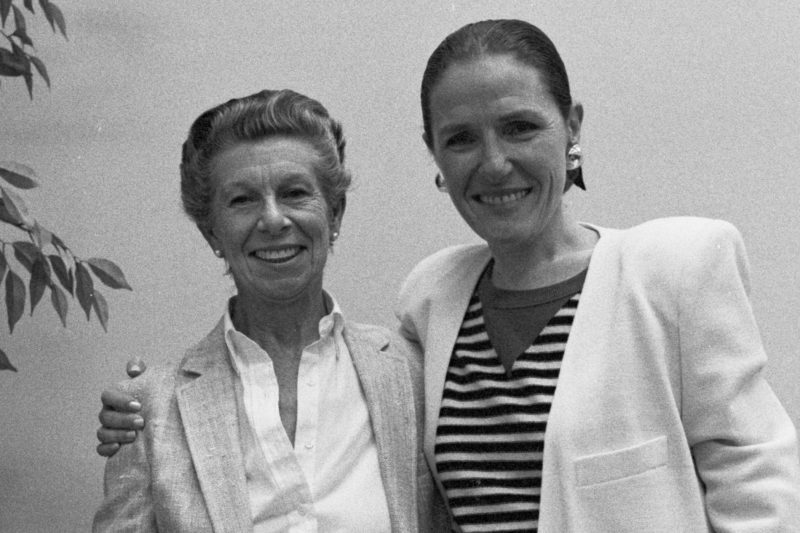 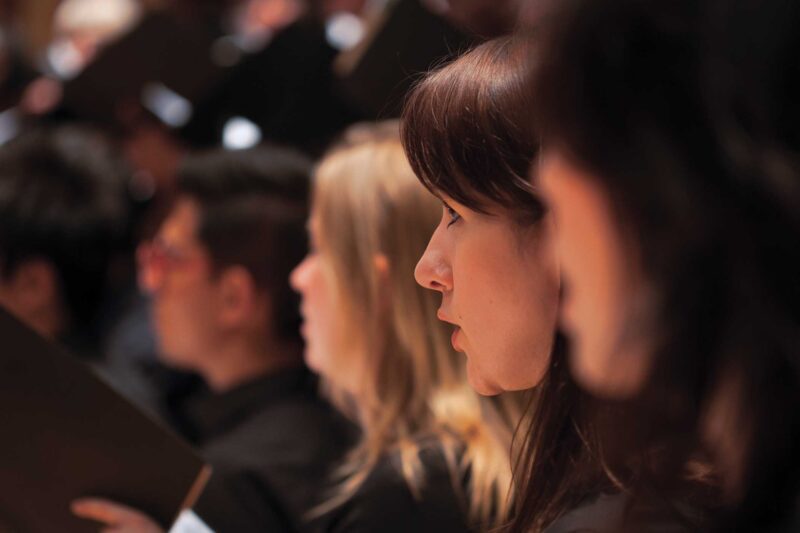 Community School of Performing Arts through the “Ages”: High School, Adult Studies, and Beyond