The Colburn School has announced Frank Gehry will design an ambitious expansion of our campus in Downtown Los Angeles. The multi-venue new building will heighten Colburn’s presence in a cultural corridor that includes Walt Disney Concert Hall, The Music Center, MOCA, and The Broad, making Grand Avenue one of the largest concentrations in the world of performing- and visual arts organizations.

Colburn’s campus expansion will include state-of-the-art performance venues—a 1,100-seat concert hall, a 700-seat studio theater, and a 100-seat cabaret-style space—that will give Colburn its first hall for full-size orchestra performances, a venue for its burgeoning dance program and for opera, and a range of options to meet the demand of partner institutions and community stakeholders. The expansion will also include much-needed classroom, rehearsal, and housing spaces for the growing Colburn community. 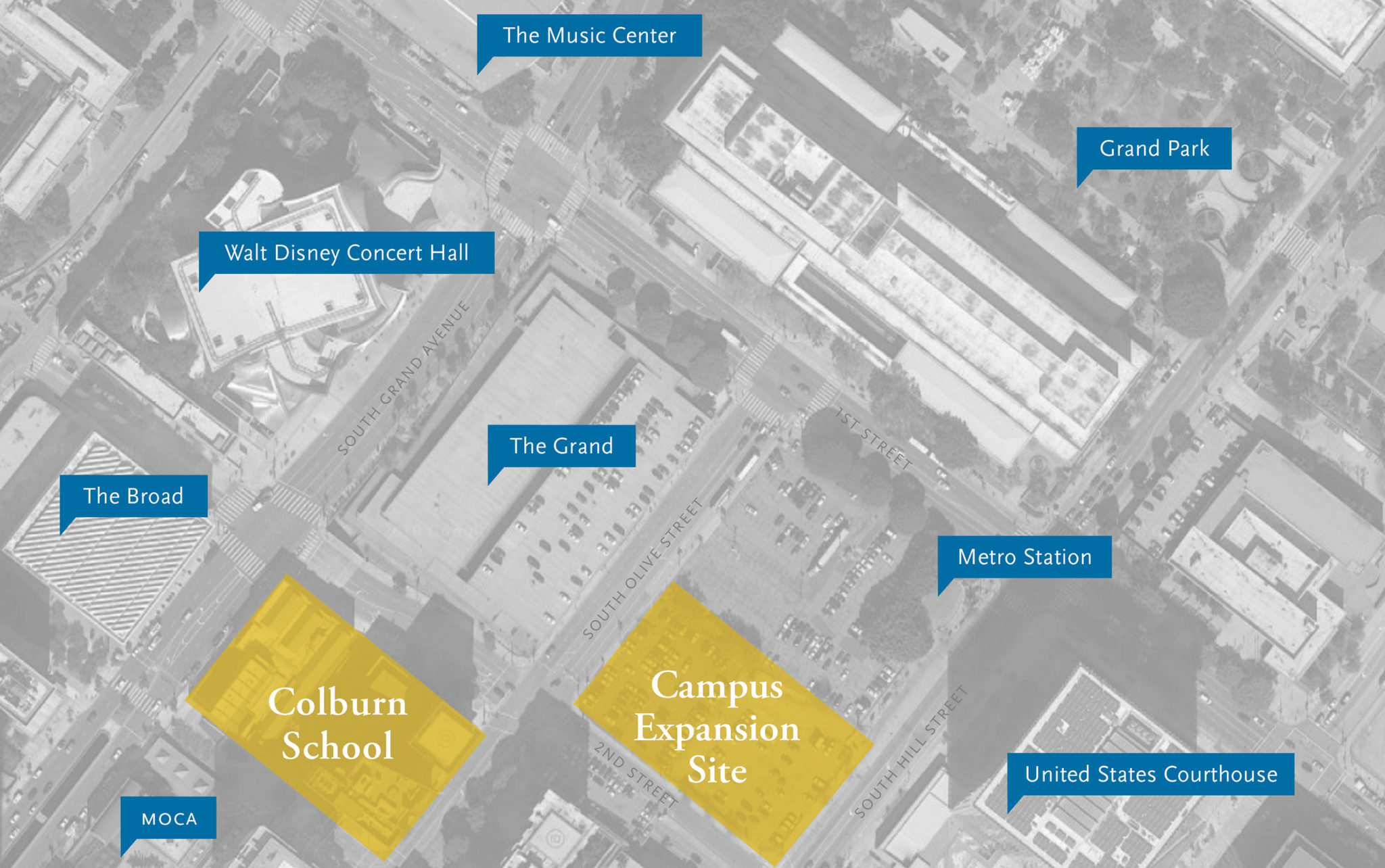 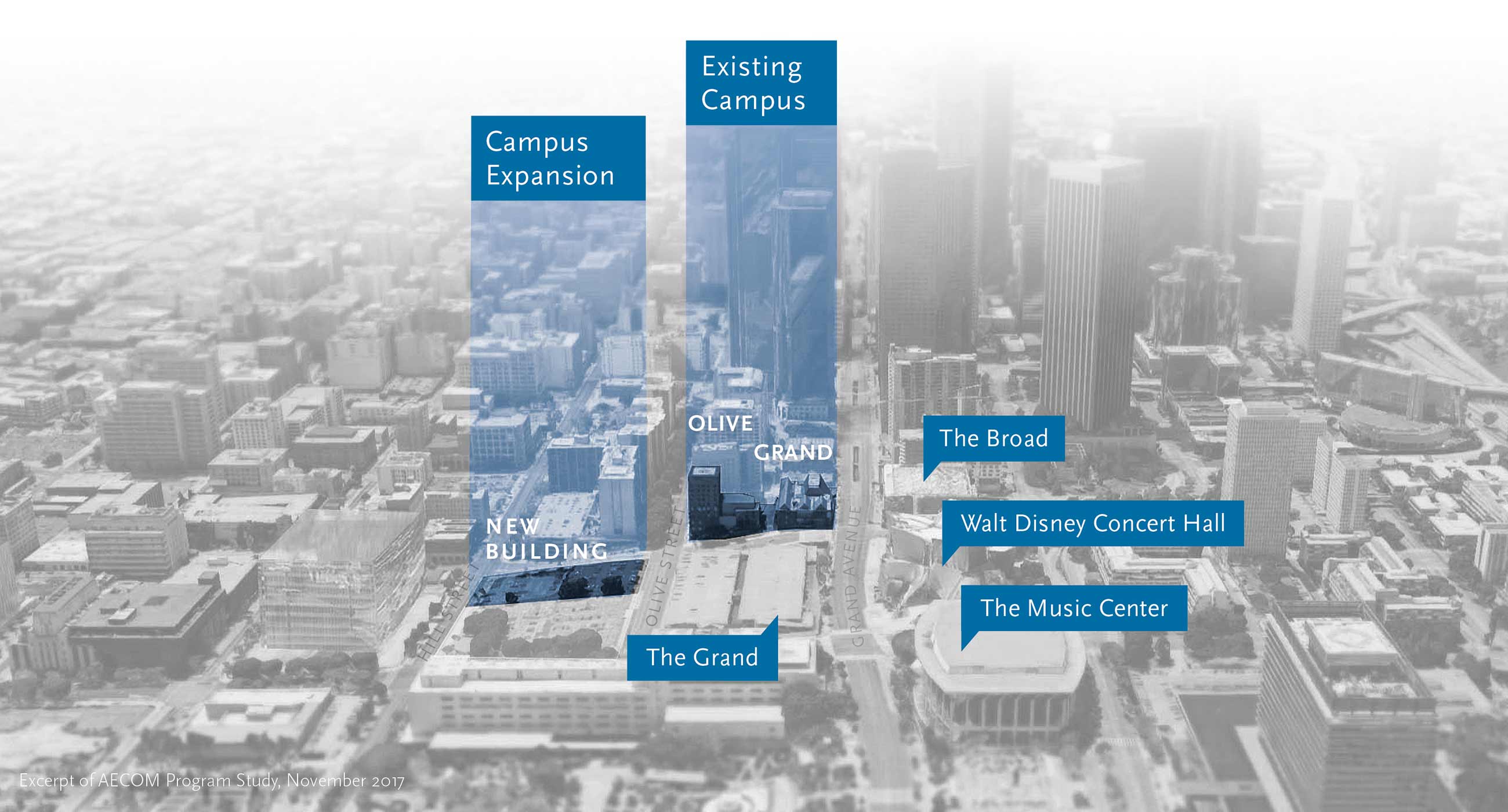