The Colburn School is pleased to announce plans for a transformational new addition to our downtown Los Angeles campus. Born out of our aspiration to serve both the community and the School, the 100,000 square-foot addition of state-of-the-art performance venues and learning spaces aims to unite Colburn’s passion for the performing arts and collaboration to spark interdisciplinary educational partnerships and residencies all across the region.

Imagine, with us, the next generation of the performing arts in Los Angeles.

An Insider’s Glimpse at the new Center

The School’s New Colburn Center will include:

Named in appreciation of Terri and Jerry Kohl’s leadership gift to the campaign, the 1,000-seat Terri and Jerry Kohl Hall uses an in-the-round design to create intimacy between the performers and the audience and removes the stage lip, putting front-row seats at eye-level with the artists. The flexible configurations of the hall will accommodate the grandest works and the largest orchestrations, providing an immersive experience for concert-goers. Opera, dance, and musical theater will feel equally at home in this space. 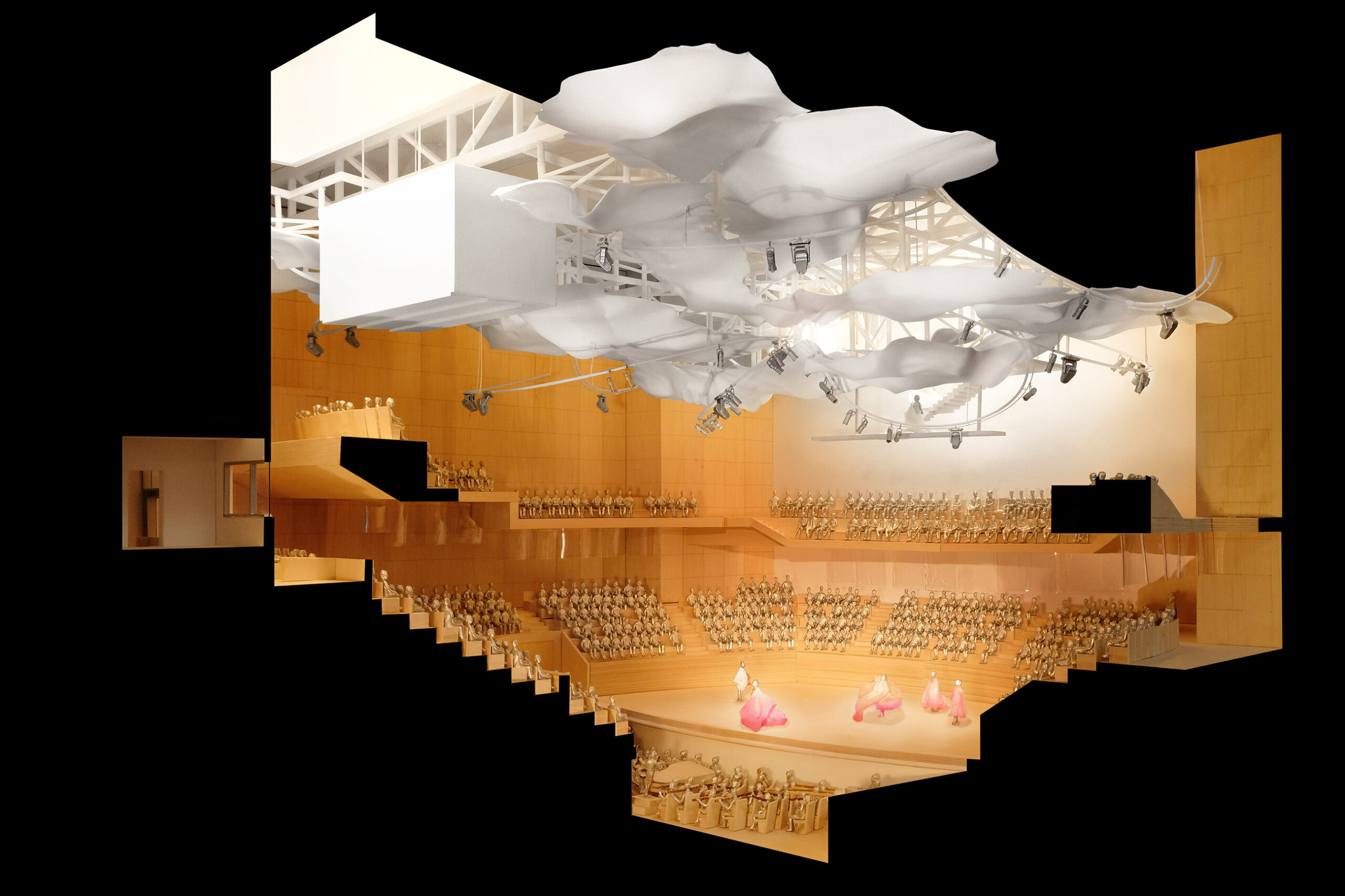 Plans for the project include garden spaces at the ground level and a rooftop garden atop the dance school’s studio theater. These gardens aim to contribute to downtown Los Angeles’s greening and will welcome students, parents, and visitors to gather and find respite in this outdoor environment.

Revealing the Power of Dance Education

Transparent walls of four oversized dance studios and the 100-seat studio theater on the corner of 2nd and Hill streets provide a window into the beauty and hard work of dance training. 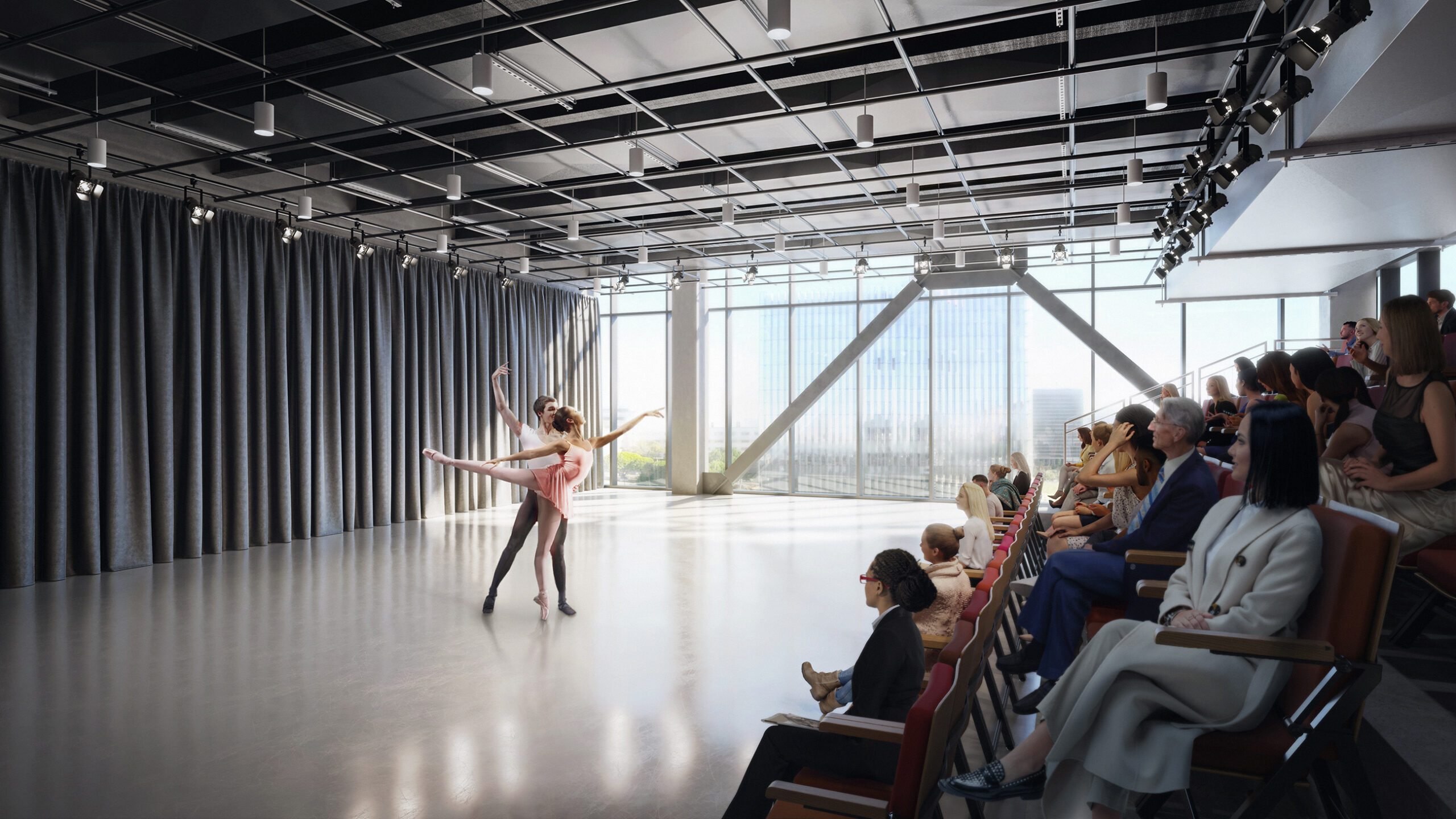 These glass studios will make dance visible every day as people walk by this building that dances. Silas Farley, Dean of the Colburn School's Trudl Zipper Dance Institute

To bring the School’s vision into reality, we have partnered with a stellar design team comprised of Los Angeles-based professionals who are experts in their field.

With an architectural career spanning more than six decades, Frank Gehry’s work has earned several of the most significant awards in architecture, including the Pritzker Prize. Some notable projects of Gehry’s include the Guggenheim Museum in Bilbao, Spain; Walt Disney Concert Hall in Los Angeles; Eight Spruce Street in New York City; Opus Hong Kong; Fondation Louis Vuitton in Paris; the Biomuseo in Panama City, Panama; the Dr. Chau Chak Wing Building for the University of Technology in Sydney; Facebook’s West Campus in Menlo Park; and the Pierre Boulez Saal in Berlin.

Gehry’s current projects include residential projects in the US and Cabo San Lucas; Mirvish+Gehry Toronto; La Maison LVMH/Arts, Talents, Patrimoine in Paris; the World’s Jewish Museum in Tel Aviv; Fondation Louis Vuitton development in Seoul; the Los Angeles River revitalization project; and the Dwight D. Eisenhower Memorial in Washington DC, and LUMA Arles in Arles, France. Projects under construction include the Philadelphia Museum of Art in Philadelphia and the Battersea Power Station development in London.

Raised in Toronto, Canada, Gehry received his bachelor of architecture degree from the University of Southern California, served in the U.S. army in 1955, then he studied city planning at the Harvard University Graduate School of Design.

Dr. Yasuhisa Toyota is Executive Advisor and founder of Nagata Acoustics International. With more than 30 years of experience in designing some of the world’s finest performance venues, Toyota is an established international authority in the field of concert hall design. Joining Nagata Acoustics in 1977, he began his professional career. He later established a Los Angeles office in 2001, and in 2008 Nagata Acoustics International was formed. Toyota has been project leader for more than 50 concert halls and multipurpose hall projects. His expertise focuses on hall configuration design and acoustical spaces for orchestral, chamber music, and other non-amplified musical genres. Some of Toyota’s most prominent acoustical designs include Tokyo’s Suntory Hall, Danish Radio Concert Hall in Copenhagen, and Walt Disney Concert Hall.

Toyota studied at Kyushu Institute of Design and graduated with a Bachelor of Design degree in Acoustical Design and Engineering. In the summer of 2004, Toyota received honorary doctorates of science from Bard College, Annandale-on-Hudson, New York; and the Art Center College of Design, Los Angeles. Throughout his formative years, Toyota played saxophone and oboe with a performance career in the Kyushu Institute’s student orchestra and later in amateur orchestras.

Build Our Future with Us

We invite you to be a part of this exciting cultural transformation in the heart of Los Angeles by making a philanthropic gift. Together, we will make an indelible impact on our city, our culture, and the future of the performing arts.