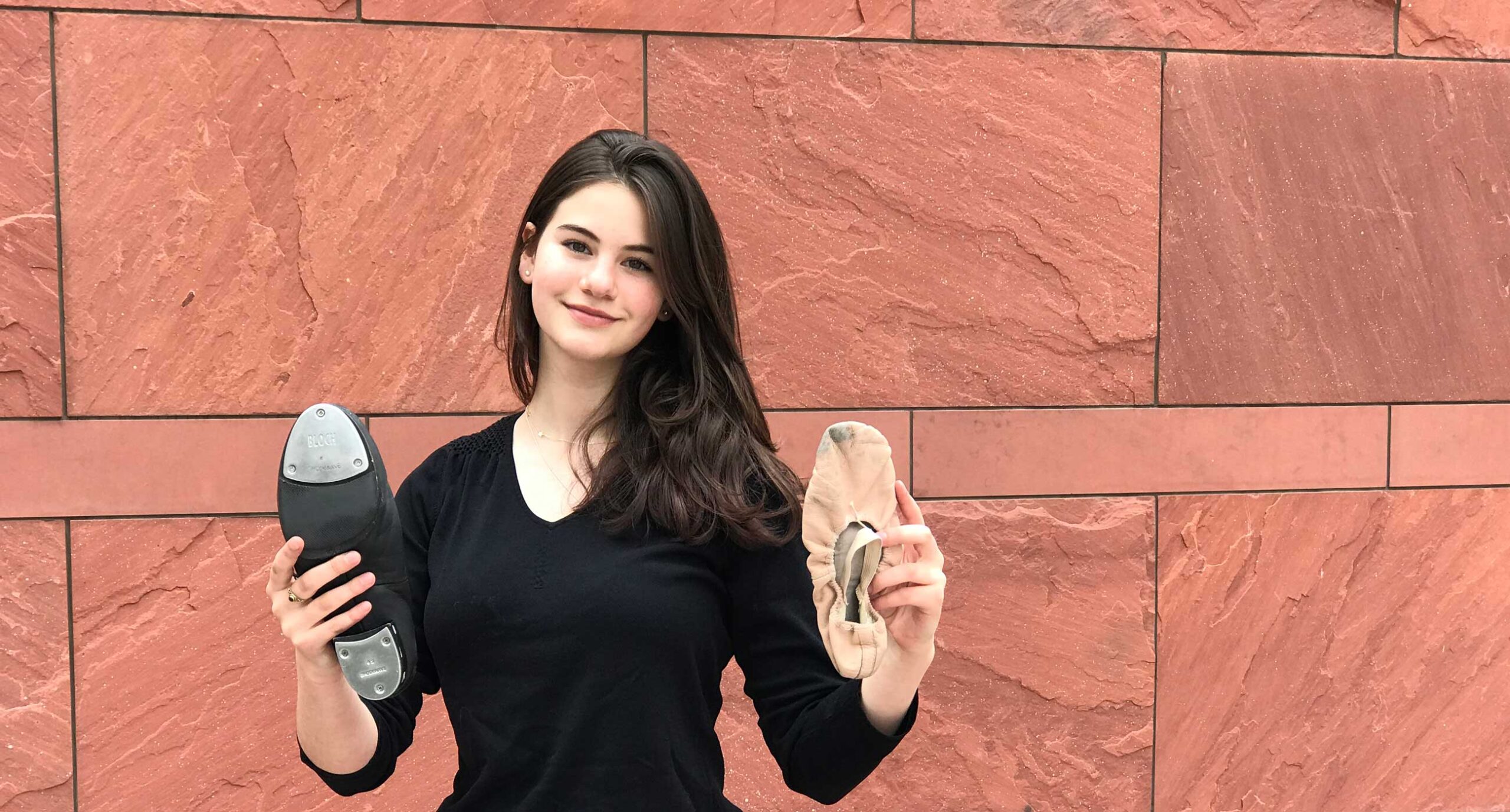 Why did you start dancing?
I always found musical theater so exciting. It was a way that I could let out all my energy and not have to be contained. When I was really little, I’d always lip sync. Then I was actually able to get into musical theater and do [it] in real life while people are watching and listening.

As I’ve grown, I’ve seen how happy it makes people that watch it. So that just brings me to life even more, seeing people so engaged by this art form. Knowing that I’m making people feel things and connect is something that I find really beautiful. When it comes to musical theater, it just excites me inside, and I know it’s exciting others.

It must be a different experience now without that energy from in-person performances.
It’s definitely interesting to bring to life what you’re doing, but only see people on screen. I use my imagination when I’m doing it, and I can easily sort of feel myself enter the stage, but it’s definitely very odd because then you come back to reality. You’re like, “Oh, I’m the only person in this room, but I just have to work with what I got.”

But I really enjoy it when I get to work with somebody else and they split us into smaller groups. It’s still really lovely, and I feel so happy to be able to do it even in my room because even with technology, I’m still dancing and I’m still getting all that energy.

How did you decide what genre you wanted to focus on?
I’ve always been intrigued by the jazz world, I think because I grew up watching lots of musicals and I love Fosse technique. I was always so jazzed up about it when I watched it. That style just feels the most exploratory and intriguing to me.

So that’s what I like the most, but I definitely believe in taking ballet classes. I think that’s a great grounding to your style. Like I said, I’ve gotten more interested in tap with Ms. Denise [Scheerer] and that has opened me up to a whole new world of expression with rhythm.

What has it been like getting more serious about tap, especially over Zoom?
It’s really funny because I started when we were in-person, and it was really great to hear everybody at the same time, especially with something like tap where it’s all sound. Being in a room full of people made it really nice to be able to hear one another and be able to make sure you were getting everything right.

But being at home and doing it virtually has been a very different experience. I’m definitely able to learn because Ms. Denise is there and she’s doing it, but it’s just a different experience to not hear other people with you while you’re performing.

I always have to remind myself to look up and perform, instead of looking down because the computer screen’s down at my feet. You can normally use your peripheral vision and look at people next to you, but now you’re looking down at a screen.

I definitely feel that I go into my own zone when I’m tapping by myself, which can be really therapeutic. I know what I’m getting wrong because I can hear it. It’s very meditative too.

You recently recorded something for Sweets from the Nutcracker. What was it like working on that?
It was really interesting. I was able to set up a whole space when I did tap in my living room, and I had my dad film it. I had my earbuds in, so it was really bizarre to not be able to hear other people while performing. I was still able to hear the music, but it was odd.

I wouldn’t love to do it for years and years and years. I much prefer being in-person, but it was nice to see the end product and know that we all did this and we all had to go through this together, but that we were still able to bring something beautiful and show people.

Before The Nutcracker, you also worked on the Musical Theater video from last summer. How was that?
We did “The New World” from Songs for a New World. It was the same sort of idea that we did with Sweets from The Nutcracker. We each individually recorded pieces, but we got to be a lot more experimental with it. We did these outtake ideas where you are looking out a window or lip syncing. That was something that I think brought a whole new level to the sort of film that we made. It was really lovely because you got to see so many people doing their own thing in the final result.

It feels very individualized and personal to be in class practicing and to do your own recording. But when all the pieces are brought together, and I got to see that final product with the music and with all of us singing, it was really, really heartfelt, especially because we don’t get to have that so much now. I was so happy when I saw the final result.

What have you learned from dancing at Colburn in general?
What’s really great about Ms. Denise is that she’s had so much experience and because of that can choreograph really, really well; everything she’s choreographed for us has been really awesome.

I haven’t had much experience outside of Colburn, but I can’t imagine it being any better than it is. It’s been very prestigious, and I’ve been able to really get challenged in ways that I wasn’t in other places. I’ve been able to get to a higher level and go to classes that are for people older than me, like being in Musical Theater for High School and not even being in high school. I’ve been able to grow and excel in dance and just learn so quickly and have these teachers that are just so excited for me to keep learning and to keep challenging myself. 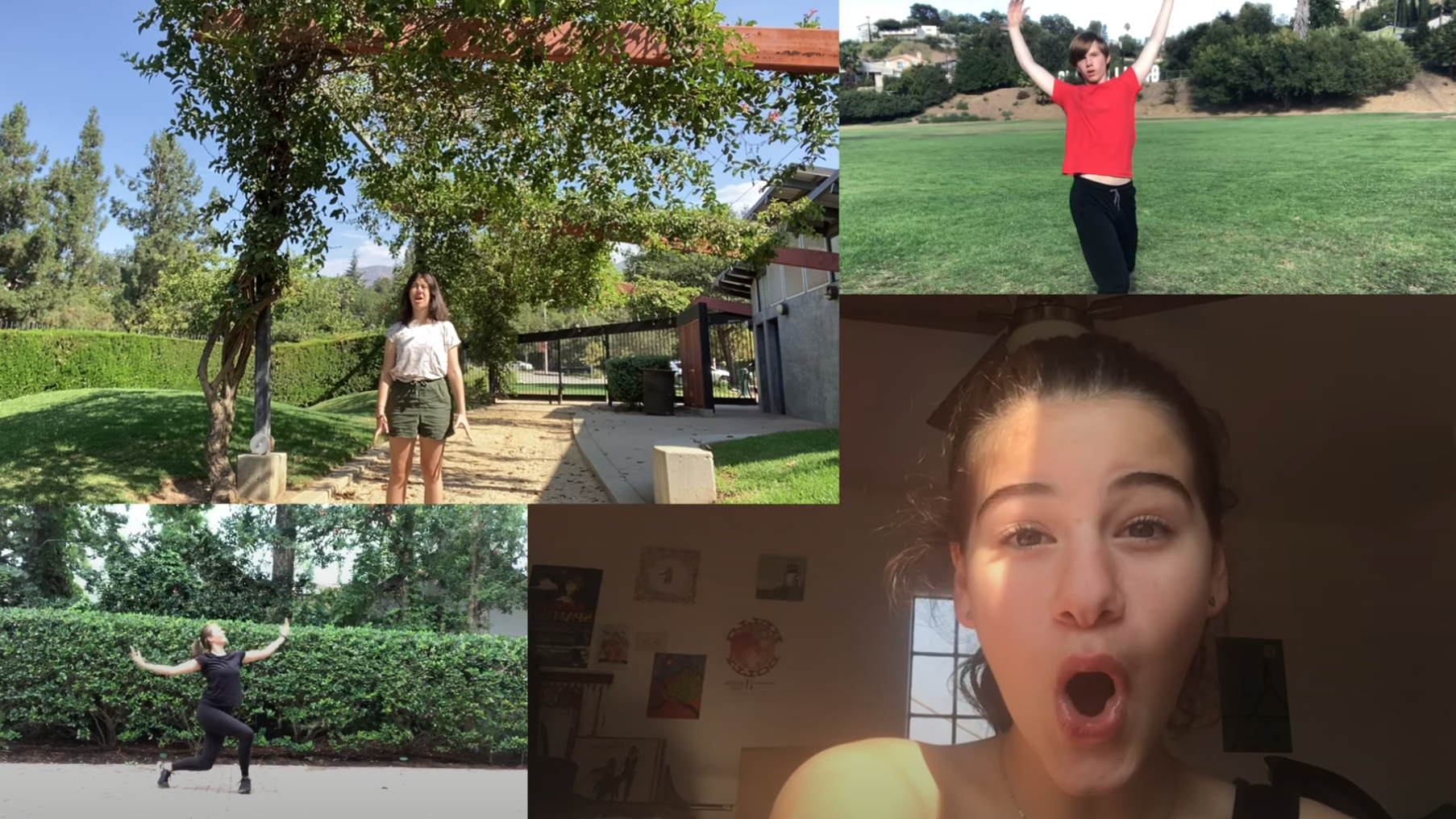