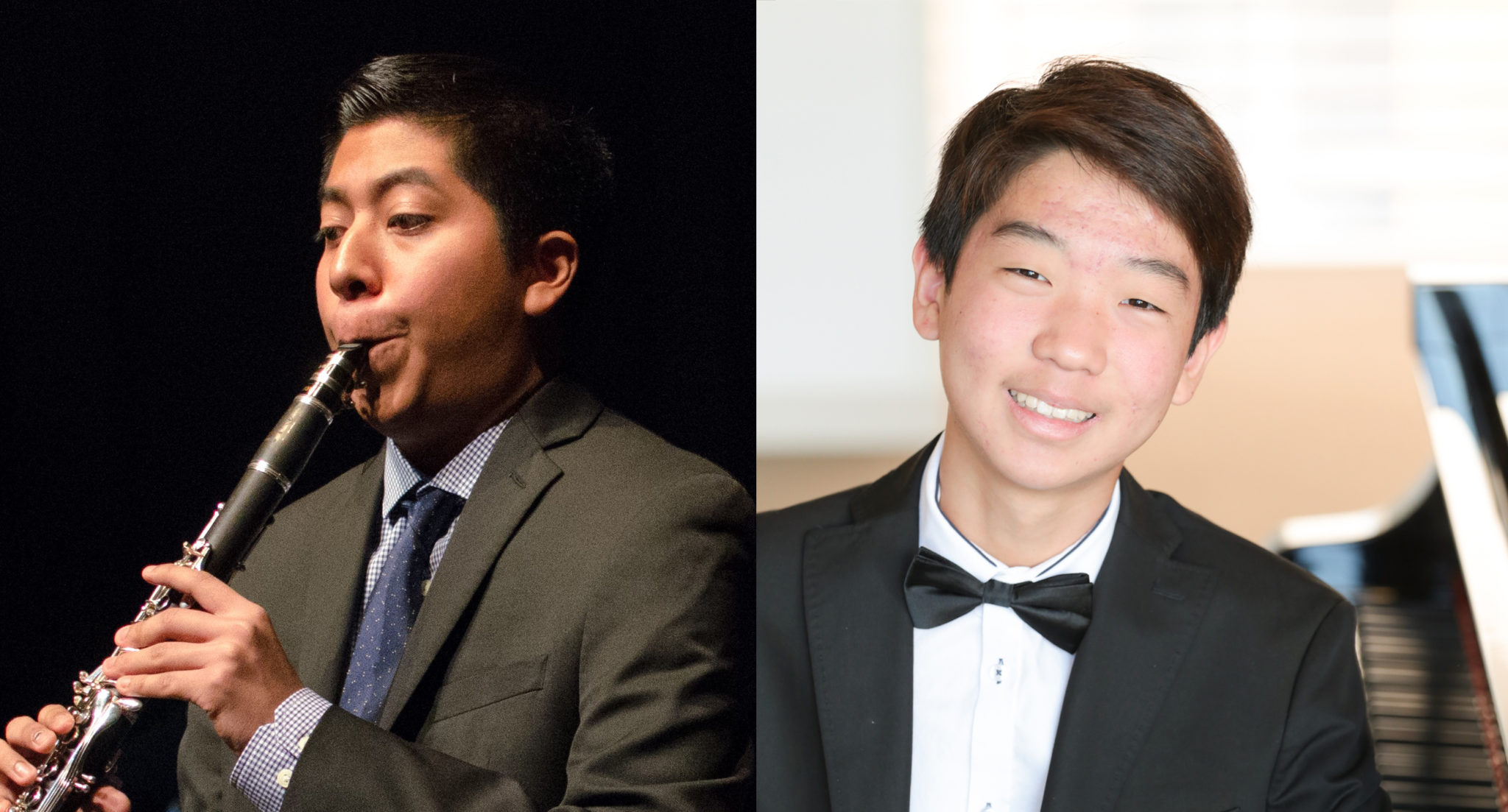 Congratulations to Community School clarinetist Javier Morales Martinez and Music Academy pianist Tyler Kim, who came home with first prizes in the Mondavi Center Young Artists Competition last weekend. The final round, held at UC Davis May 5–6, featured 14 finalists from across the state of California competing in three divisions. Javier won the Instrumental Division and Tyler won the Piano division, and both top prizes came with a $1500 award.

Javier Morales Martinez just completed his junior year of high school, and has been a student in the Community School of Performing Arts for four years. In the last year, he’s participated in Carnegie Hall’s NYO2 training program, appeared on NPR’s From the Top, and was awarded second prize in the the junior division of the International Backun Clarinet Competition. He studies with Michael Yoshimi and is a Herbert Zipper Scholar. Visit this link to read more about Javier and his journey.

Tyler Kim is a 14-year-old pianist who made his concert debut at the age of ten with the Viennese International Orchestra at Palais Ausburg in Vienna, Austria. He has performed with various orchestras including the San Diego Symphony, Inland Valley Symphony, Alicante Philharmonic Orchestra, and Temecula Valley Symphony. He’s won prizes at the US Open Music Competition, the Helen B. Goodlin Competition, the Southern California Bach Festival, the MTAC State Convention, and the Los Angeles International Liszt Competition. Earlier this month, he performed the Chopin Piano Concerto No. 2 with the Montgomery Symphony Orchestra as winner at the Blount-Slawson Young Artists Competition. Tyler currently studies with Myong-Joo Lee.

Help students like Javier and Tyler succeed with your support of the Colburn School. Visit this link to learn more.