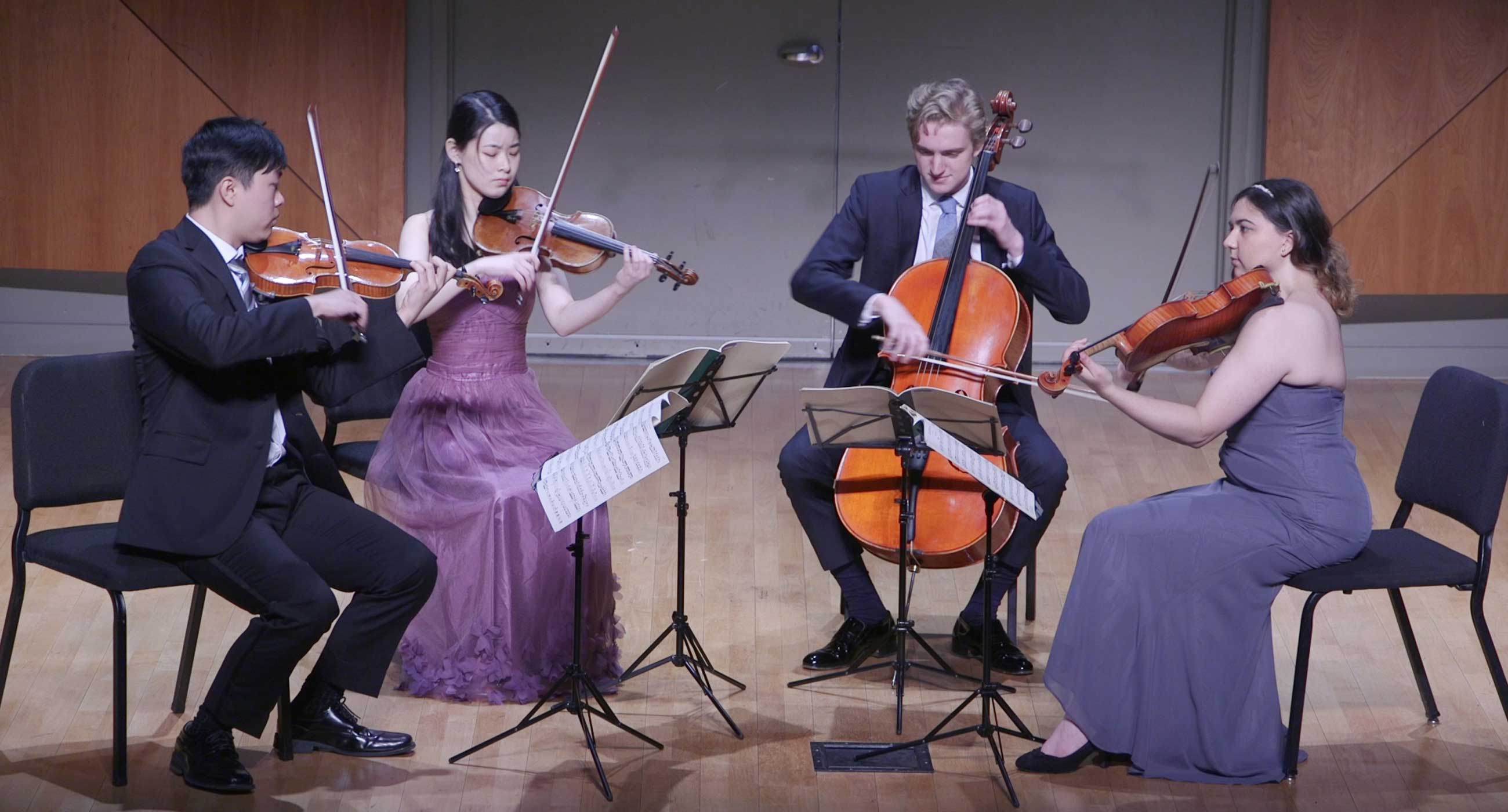 Congratulations to the Viano String Quartet on their Silver Medal win at the Senior String Division of the Fischoff National Chamber Music Competition, the largest and oldest competition in the country for chamber music. The Viano Quartet includes violinists Hao Zhou and Lucy Wang, violist Aiden Kane, and cellist Tate Zawadiuk. The Silver Medal comes with a $3,000 cash prize and recognition as one of the most promising young ensembles performing today.

The second place win comes on the heels of several other high-profile accomplishments, including last month’s third prize in the Wigmore Hall International String Quartet Competition, where they were the youngest quartet competing. In addition to third prize, they won the Haydn Prize for best performance of a Haydn quartet in the preliminary round and the Sidney Griller Award for their performance of Thomas Adès’s The Four Quarters. In 2017, they brought home the Bronze Medal in the Osaka International Chamber Music Competition and Festa.

The Viano String Quartet was formed in 2015 and is coached by Martin Beaver. They have also been coached by faculty Clive Greensmith, Paul Coletti, Fabio Bidini, and Arnold Steinhardt, and artists such as David Finckel, Jean-Yves Thibaudet, members of the Emerson String Quartet, and the Calidore String Quartet. The quartet also participated in the Bellingham Festival of Music’s Play It Forward residency in March 2017.

The Fischoff Competition was founded in 1973 and is the largest and longest consecutively running chamber music competition in the nation. An average of 125 ensembles from across the world come to South Bend, Indiana each year to compete in the wind or string categories. Prizewinners often go on to forge distinguished careers. In 2011, Colburn’s Calidore String Quartet won the Grand Prize, and has since won numerous accolades and is recognized as one of the finest chamber music ensembles performing today. In 2015, the Silver Medal went to the Calla String Quartet, which has since disbanded, but included Viano’s Aiden Kane, making the 2018 competition the second in which she has been part of a winning group.